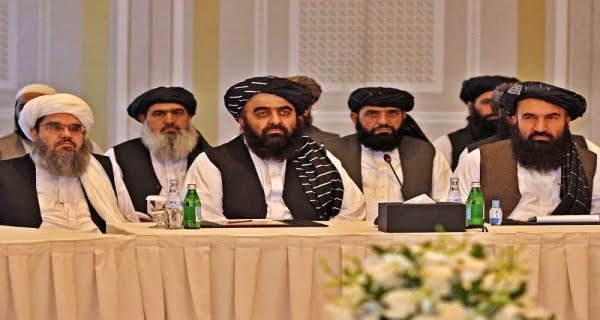 Kabul: After the occupation of the Taliban in Afghanistan, the terror of the Islamic State (ISIS) has increased in the country. In such a situation, the Taliban have decided to create their own air force to face ISIS. Keynews has given this information in a report. Kabul’s main military hospital Sardar Dawood Khan was attacked by suspected ISIS-K on Tuesday. There is talk of 23 people dying in this. After the attack, the Taliban deployed three Taliban helicopters, including the US Black Hawk, on the roof of the hospital.

After this attack, Qari Saeed Khosti, spokesman for the Ministry of Interior in the Taliban government, while talking to Keynews said that we are trying to use the air force of the previous government and the professionals they had. Also, we are making sure that they all come back. He said that we have a good policy for everyone. At the same time, according to keynews, a high-ranking Taliban intelligence officer in Kabul insisted that it is necessary to have an air force.

“There is no doubt that a full-fledged air force will be created soon after the regime is fully established,” keynews quoted a source as saying. Meanwhile, Taliban spokesman Bilal Karimi said, “We are one Building Air Force. A general apology has been announced for the pilots who are facilitating the flights. Also, we have asked them to come back and join the army again and help their country.

Defense Ministry spokesman Inayatullah Khwarizmi said the planes that needed minor repairs had been fixed. It is still not clear how much of the equipment the Taliban have seized from the Afghan Air Force is operational, according to Keynews.

Ex-Servicemen Joining ISIS Increased Difficulties
Intelligence members of the previous government of Afghanistan joined the Islamic State of Iraq and Syria Khorasan (ISIS-K). These people have become part of the Islamic State to fight the Taliban. This information has been given in the report of the Wall Street General. Citing a Wall Street Journal report, Khama Press said it was receiving information that members of the previous government’s intelligence body in Afghanistan are now joining ISIS-K to avoid and oppose the Taliban.

Father sold the girl to a 55-year-old man to feed her, said – this is your bride, please don’t kill
According to Wall Street, the former security personnel is mostly US-trained Afghan spies, who are now joining terror groups operating in northern Afghanistan. The Northern Resistance Group was the only group to oppose it since the Taliban took over. It was led by Ahmed Masood and in Panjshir by former Vice President Amrullah Saleh. However, Panjshir also came under Taliban control after a few weeks.

So because of this former spies joining IS
According to the report, former Afghan spies are facing an economic crisis after the fall of the government. In addition, he fears revenge by the Taliban and has been left to fight the extremist organization. This is the reason why they are joining ISIS-K so that they can increase their income and fight the Taliban. Targeted killings and bombings are seeing an increase in Afghanistan. According to media reports, Nangarhar province is facing target killings and bombings. Many of these attacks have been carried out by ISIS.

05/09/2021/10:35:pm
New Delhi: Japanese carmaker Suzuki has launched the new avatar of WagonR Smile for its markets. The company has given the design of MPV...

Twitter is going to make a big change in its Tweetdeck

20/02/2021/4:41:pm
Tirupati: After a nearly 11-month gap due to COVID-19 induced restrictions, thousands of devotees from across the country on Friday took part in the...

24/02/2021/2:54:pm
Gurugram:  A novel and distinctive interpretation of BMW R 18’s iconic style.Tribute to the beginnings of the great touring cruiser models.Typical cruiser styling combined with...