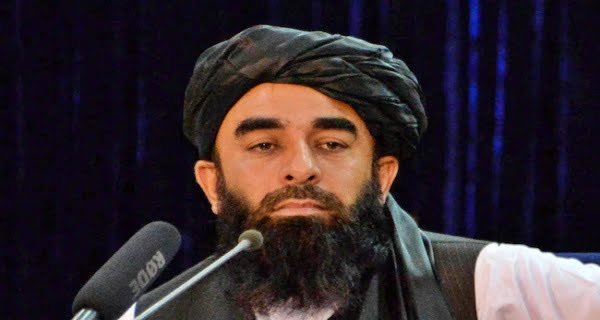 Kabul: The Taliban, which has formed its interim government after the occupation of Afghanistan, has now given a blow to India on the issue of Kashmir. After the Taliban occupied Afghanistan, it was said that Kashmir is an internal matter of India, but after this there was also a statement from the Taliban that it would continue to raise its voice for the suffering Muslims of Kashmir.

Taliban spokesman and Afghan Deputy Information Minister Zabihullah Mujahid gave an interview to a Pakistan TV channel and said that there are areas all over the world where Muslims are being treated unfairly, whether it is Palestine, Kashmir issue or Myanmar. We will continue to raise our voice for such suffering Muslims.

Zabihullah Mujahid said, ‘Wherever atrocities are happening against Muslims, it is worrying. We are against them. We also condemn human rights violations in Jammu and Kashmir. The government of Afghanistan will continue to provide diplomatic and political assistance to the suffering Muslims in different parts of the world.

Taliban spokesperson has openly praised Pakistan in the interview. Mujahid has said in an interview to a Pakistani TV channel that the Taliban has noticed that the international community has been demanded by Pakistan to establish better relations with Afghanistan. Words of praise for Pakistan from the Taliban have been given internationally for supporting Islamic rule in Afghanistan.

In an interview with PTV, Mujahid said that Pakistan has been vocal about Afghanistan and has been appealing to international forces to join Afghanistan.

09/06/2021/9:58:am
Mumbai: The havoc of Corona is increasing continuously in the country. The whole country is troubled at this time due to Corona. The whole...

Nature of coronavirus will change now and again, peak in-country will come at different...

17/01/2022/9:29:am
Kabul: Afghanistan's new Taliban rulers say they hope to open all schools for girls across the country at the end of March. A Taliban...

Schools closed in Afghanistan due to fast-growing corona cases

29/05/2021/9:01:pm
Kabul: Afghanistan's Ministry of Health has reported all government and private universities and schools in the country's capital and 16 provinces due to increasing...