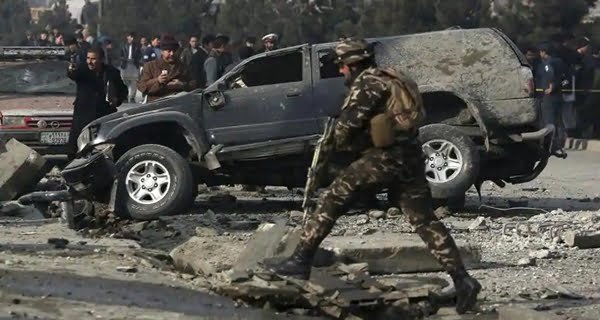 Kabul: At least six people, including a woman and two children, were killed in a roadside bomb blast in Helmand province of Afghanistan on Sunday. An official gave this information. No one has claimed responsibility for the attack yet. Omar Zwak, the spokesman for the governor of Helmand province, said the blast took place in Washer district. During this time, another woman in the vehicle was injured. However, he did not reveal anything about the woman’s condition and whether she was also a member of the family. Zawak blamed Taliban militants for the attack.

There has been an increase in violence in Afghanistan recently. Most of the attacks have been claimed by a local group associated with the Islamic State group, which is fighting both the Taliban and the Afghan government. Earlier on Saturday, two employees of the country’s Human Rights Commission were killed when their vehicle collided with a roadside bomb in the capital Kabul. According to the statement issued by the commission, the deceased included donor liaison officer Fatima Khalil (24) and driver Javed Faulad (41). No one claimed responsibility for this attack.

Significantly, a few days ago 18 people died in separate attacks in Kabul, Afghanistan. In West Ghor, local police chief Fakhruddin said that the Taliban rebels had attacked a police post. Ten police officers were killed during this period. Taliban militants blew up the police post on Friday night, in which ten police personnel were killed. He said that a policeman was injured after the attack in a remote village in Pasaband district. At the same time, earlier this month, a suicide bomber from the Islamic State attacked a mosque in Kabul, in which the supplicant was killed and eight people were injured.

27/01/2023/6:14:pm
The Call of Duty Mobile POVA Cup is here with eight of the country's top invited teams competing for glory The tournament will...

11/01/2022/9:05:pm
Surat: Two people aboard were killed when a fishing boat capsized in the dam in Mandvi taluka of Surat district of Gujarat on Tuesday...

China is the world’s biggest prison for journalism, 127 journalists are...