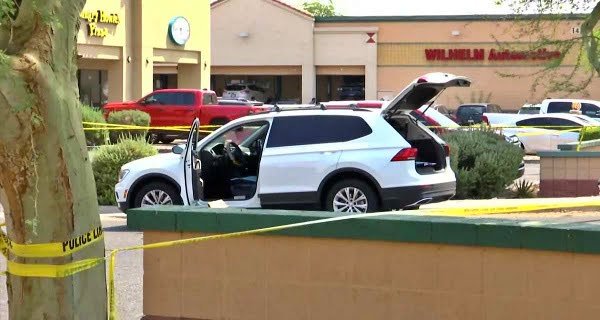 Arizona: One person was killed and 12 people were injured in separate incidents in a vehicle shooting in three cities west of Phoenix within 90 minutes. Officials gave this information. Officials said the suspect has been taken into custody and a weapon has also been recovered from his vehicle.

He, however, said it was not yet clear whether the same person had carried out all the incidents of firing. The name of the suspect has not been made public yet, the reason behind the attack is also not known. However, officials believe that he has done this work alone. Police departments in the cities of Peoria, Surprise, and Glendale are investigating the shootings in their homes in collaboration with the Arizona Department of Public Safety and the FBI.

Peoria police spokesman Brendan Schaffert said at a news conference on Thursday that officers were investigating at least eight different shooting sites. He said four people were injured in the bullet injuries and one of them died. Others have been injured in incidents such as glass fragments or car accidents.

It took Naomi 12 years to vanquish her sister: Naomi Osaka

12/02/2021/6:00:pm
Patna: There are shocking revelations in the fake entry in the test report data of Covid patients in Bihar. In the government hospitals of...

On the death of Mohsen Fakhrizadeh, Iran said – Israel killed, electronic device was...

30/11/2020/9:49:pm
Tehran: A top Iranian security official on Monday accused Israel of using electronic devices to remotely assassinate an Iranian scientist who was involved in...