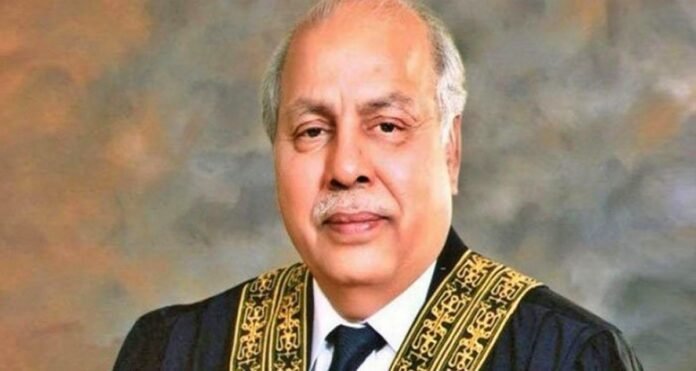 Islamabad: The Supreme Court of Pakistan has given a big blow to the mighty army for the second time in four days. A bench of Chief Justice of Pakistan (CJP) Gulzar Ahmed told the army on Tuesday- ‘You have been given government land for defense purposes. If it is being used for business, then it cannot be approved. The army should return this land to the government. The job of the army is to protect the country, not to do business.’ Four days ago, the Supreme Court had summoned the Defense Secretary and asked him to explain in writing why marriage halls and movie theaters on the land were given for military training and With whose approval are they being built?

A bench of Chief Justice (CJP) Gulzar Ahmed is hearing a case related to the sale of government land by the Pakistan Army. It also includes Justice Qazi Mohammad Amin Ahmed and Justice Ejaz-ul-Ehsan. Defense Secretary Lt Gen Mia Mohammad Hilal appeared before the bench on Tuesday. The bench told him- ‘The government land was given to you so that you can use it for military purposes. You are building cinema halls, marriage halls, petrol pumps and shopping malls there. If this is not business then what is?

Worry about respect
After this, the Chief Justice said- ‘People respect the army. What will be your message in these works? Be it Karachi or any other cantonment area, you have done the same everywhere. We have seen your report, we are not satisfied at all.’ On this, the Defense Secretary said- ‘We want to give you the complete report and photos. The Attorney General is preparing it. The report will be placed before you in four weeks.’ On this, the court granted four weeks’ time.

Protect the country
Justice Amin told the Defense Secretary- ‘The task of the army is to protect the country on the borders, you people are doing business openly, and taking any kind of approval for this is also considered against the honor. Many of your officers built houses on government land and sold them for lakhs of rupees. You should also submit a report about this in four weeks.

18/08/2020/12:43:am
New Delhi: 1984 batch Gujarat cadre IPS officer Rakesh Asthana has been appointed as the Director-General of Border Security Force, BSF. According to a...

26/02/2021/10:23:am
New Delhi: According to the news received today, the Central Government has issued public benefit guidelines for social media and over-the-top (OTT) platforms. Union...