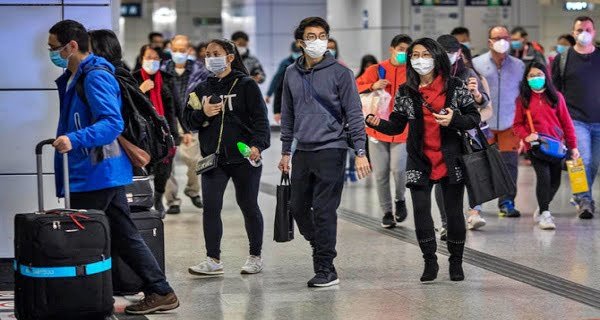 Beijing: Cinema halls, theaters, nightclubs and closed in view of increasing cases of a new form of Covid-19 in China’s southern province of Guangzhou. All other activities taking place at the places have been ordered to stop.

The people of China’s southern province of Guangzhou cannot go out without some urgent work. Even after getting permission, any person will have to show a report confirming that the infection is free, which is within 48 hours. This rule came into effect on Monday. This rule will also apply to people in the surrounding province of Guangzhou. According to these rules, eating while sitting in restaurants has also been banned.

The number of infected has crossed 100 after eight new cases were reported in Guangzhou till Wednesday. All these cases have come to the fore since May 21.

Doctors said that this new form of infection surfaced in Guangzhou is ‘Delta’, which first appeared in India, which is highly contagious. So far, a total of 91,316 cases of Covid-19 have been reported in China and 4,636 people have died due to infection.

RBI has canceled the license of this bank, account holders will get 5 lakh...

25/12/2020/2:00:pm
New Delhi: The Reserve Bank of India (RBI) has informed on Thursday that the license of Subhadra local area bank in Kolhapur has been...

Anu Malik replaces Neha Kakkad in Indian Idol as a judge, find out the...

There is currently no change in the policy related to Jammu and Kashmir: America

11/02/2021/10:35:am
Washington: America said on Wednesday that there has been no change in its policy on Jammu and Kashmir. Foreign Ministry spokesman Ned Price told...