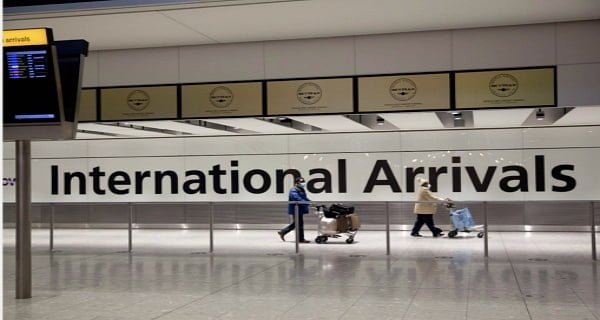 London: “Red List” Covid-19 travel restrictions for passengers arriving from India began on Friday after 55 more cases involving the Indian version of the coronavirus were found in Britain. Under these restrictions, people from India are prohibited from coming to Britain and it is compulsory for British and Irish citizens returning to their country from New Delhi to live separately in the hotel for ten days.

The last flight from India to Britain landed at Heathrow Airport in London on Thursday evening before the ‘Red List’ sanctions began, arriving from New Delhi. The UK has included 40 countries in the ‘Red List’ travel restrictions that are considered to be extremely risky in the spread of new forms of coronavirus.

09/11/2020
New Delhi: Joe Biden, the newly elected President of the United States, has been a staunch supporter of strong Indo-US relations since the 1970s....

08/02/2021
Washington: Former US Secretary of State George P Shultz passed away. He was 100 years old. He tried to improve relations with the Soviet...

30/07/2020
Mumbai: The outbreak of Coronavirus is spreading rapidly among all people, from common to special. In the recent past, this dangerous virus has caught...

ISIS again active in Iraq, claimed responsibility for the blast in Baghdad

22/01/2021
Baghdad: The terrorist organization Islamic State (ISIS) has claimed responsibility for two suicide bombings in Baghdad, the capital of Iraq. The attack has killed...

A reward of 11 lakhs for beheading Wasim Rizvi, a fatwa for rejecting Islam

14/03/2021
Moradabad: There is tremendous resentment in the Muslim community about the petition filed in the Supreme Court by Wasim Rizvi for the removal of...