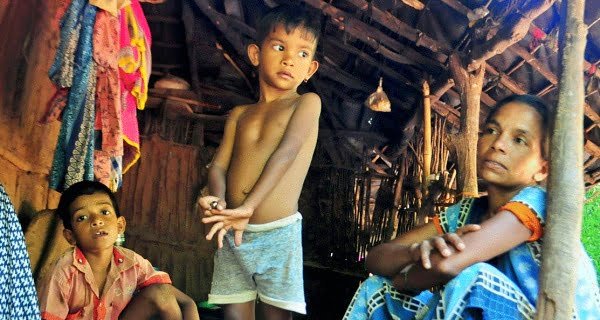 California: New research says, malnutrition increases the risk of the corona. Children and adults who have been troubled by malnutrition at some point in life are at high risk of death if infection occurs. In this, the infection can take a serious form and a ventilator may be needed. Researchers from the California Children’s Hospital of Orange Country have made this claim in research. Researchers say, malnutrition adversely affects the ability of the immune system to fight diseases. Therefore, when the virus infects the body, the condition can become critical. Research says that the effect of malnutrition lasts on the body for a long time, so even the immune system does not survive from it.

Children below 5 years of age and adults aged 18 to 78 years, who suffer from malnutrition even once in life, are at higher risk of severe corona infection. According to researchers, malnutrition is a major problem in children and the elderly, which is going to increase the risk of the corona. To understand the connection between malnutrition and corona, research was done on 8,604 children and 94,495 adults. All of them were admitted to hospitals in America in March and June after a corona infection. The results of the research have been released after comparison with the patients of malnutrition who came between 2015 and 2019.

According to a 2019 report by the Indian Council of Medical Research and the National Institute of Nutrition, malnutrition will be the leading cause of death for children under the age of five in states. That is, there are no fewer cases of malnutrition here. In 2017, 10.4 lakh children under the age of five died in the country due to malnutrition. The Global Hunger Index 2020 report, which explains the obstacles and progress in eliminating hunger, says, India’s position in dealing with hunger is not good. It is in an alarming stage.

Bank Holidays for July: To be Closed for 15 Days. Know More

23/06/2021/9:42:pm
Technology company Xiaomi has launched a smartwatch keeping special attention for children, which can also follow the gestures of children. The company has named...

22/02/2021/9:07:am
Mexico City: Six military personnel have been killed in an Air Force Plane crash in the state of Veracruz, Mexico. The Mexican defense minister said...