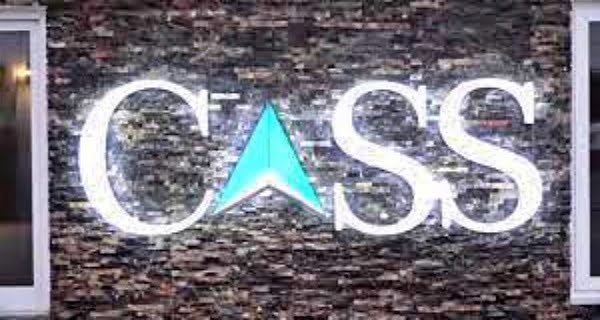 Islamabad: The Pakistani Air Force (PAF) has agreed to cooperate with an infamous Turkish paramilitary group accused by the United Nations of deploying combatants of Syrian armed groups to participate in military operations in Libya. The Center for Aerospace and Security Studies (CASS), a policy think tank of the Pakistani Air Force, has become a partner of the Islamic Union Congress, organized by the Association of Justice Defenders Strategic Studies Center (ASSAM). It is an organization run by the private army.

In 2020, the United Nations (UN) revealed how the Turkish government used its paramilitary contractor SADAT in Libya and requested clarification from Turkish officials in a letter signed by a group of senior officials. The letter states, “Turkish authorities reportedly contracted private military and security companies to facilitate the selection. Also talked about preparing official and contractual documents for fighters. Among the companies cited in this context, SADAT was an international defense consultancy. ” Reporters also claimed that according to available information, SADAT contributed in recruiting children under 18 to participate in the armed struggle.

The Islamic Union is a series of congress meetings that began in 2017 and will continue until 2023. The event is sponsored by the ruling party, government agencies, and municipalities run by Turkish Airlines. The fifth Congress, of which CASS is a partner, will be held in Istanbul in December 2021 and will focus on “Principles and Procedures of Joint Foreign Policy for the Islamic Union (2021)”. CASS is a policy think tank established in 2019 by the Pakistani Air Force in Islamabad with expertise in aerospace in the context of national security and economic development. It is run by senior retired Air Force generals and employs a large number of researchers. Retired Air Chief Marshal Kalim Saadat, who served for 38 years in various capacities in PAF, is the current chairman of CASS.

Interestingly, the collaboration between the two pro-government organizations working in the military sector happened at the same time that Turkey and Pakistan were rumored to cooperate in the joint construction of fighter jets. Military experts also claim that Turkey may be involved in the JF-17 Thunder Fighter Jet Project which Pakistan is developing with China. Earlier this month, Pakistan Air Force (PAF) Chief Marshal Mujahid Anwar Khan, who was on a visit to Turkey, said that “Pakistan and Turkey are two countries, one nation because they not only share the same culture and beliefs.” But also have similar interests. ”The chief of air was addressing a meeting of board members of the Association of Justice Defenders and Strategic Studies Center (ASSAM) in Turkey.

Aamir’s daughter Ira Khan wrote a note for her brother in emotion, shared the...

16/11/2020/10:44:pm
Mumbai: Ira Khan, daughter of Bollywood superstar Aamir Khan, is very active on social media. She is sharing videos in the series on depression...

06/03/2021/10:40:pm
Washington: A NASA rover that recently landed on the surface of Mars traveled 21 feet in its first experimental campaign on the red planet...