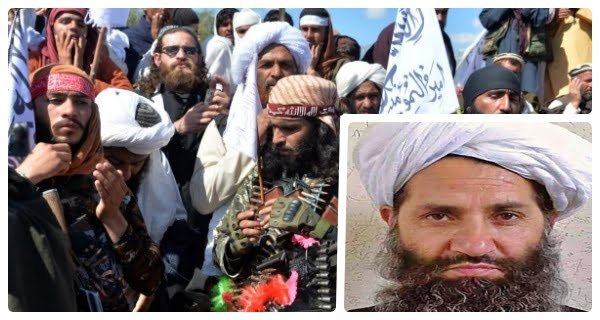 Kabul: In Islam, men have the right to marry more than one, but the head of the Afghanistan Taliban does not want their members to marry more than one without need. They have told their leaders about this that they should marry only one. He says that the burden of spending is increasing due to more marriages and enemies also get a chance to propaganda against them. This order has been issued on 9 January this month. According to the Voice of America news, Mullah Haibatullah Akhundzada has told his leaders under a written order that they should not marry second, third, and fourth if not necessary. The heads of all Taliban units have been asked to pass this order on to all the combatants working under them.

According to the news, this decision has been taken after complaints of huge expenses in marriage for a long time. Some Taliban leaders are demanding even money from their seniors to pay ‘bride price’. According to tradition in some parts of Afghanistan, the groom has to pay a hefty amount to the bride’s family for the wedding. The source told Voice of America that in some parts of Afghanistan, 20 lakh Afghanis, or about 20 lakh rupees have to be given as dowry for marriage and the Taliban ask for this money from their senior officials.

The source also said that many Talibans with more than one wife keep each wife in separate houses and they also need more money for their maintenance. The Taliban leadership is also worried that due to such expensive marriages, their image is getting tarnished because it is being presented as a wasteful expenditure in the Afagani media. The written order states that do not allow yourself to be humiliated. Transparency and trust are essential to the role of jihadis.

However, this order also states that two types of officers are exempt from these restrictions. The first are those who are spending their money and resources or those whose needs are valid. Legitimate need is considered to be the situation where no one is born to a boy or who wants to marry his brother’s widow. If someone wants to get married to any widow without much expense, then they will also be treated softly. However, the Taliban who will spend their resources will also have to seek permission from the top leadership.

03/07/2020
New Delhi: After suffering a lot of losses due to the nationwide lockdown, many companies either rented out or closed their offices. According to...

11/09/2020
Mumbai: Bollywood's Bhaijaan Salman Khan is known for his overbearing style. At the same time, the film 'Dabang', which has taken Salman Khan's career...

21/07/2020
New Delhi: The Enforcement Directorate has initiated a process to freeze over 60 bank accounts in the country on the request of the Brazilian...

12/02/2021
New Delhi: On Friday, strong tremors of Earthquake were felt across North India including Delhi-NCR. Its impact was seen from Punjab to Jammu and...

01/03/2021
Mumbai: Bollywood superstar Amitabh Bachchan is constantly in the news about his health. On Saturday, Big B suddenly told his fans about the surgery....