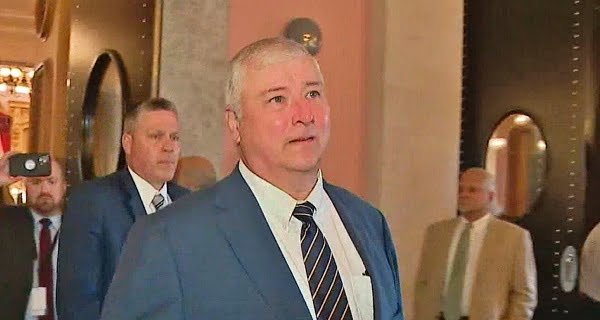 Columbus (USA): In the US, members of the Ohio House used their powers for the first time in 150 years to expel Republican member Larry Householder. The former Speaker of the House has been accused of taking bribes.

On Wednesday, 75 votes were cast to remove the Perry County householder in the Republican-controlled House. Along with this, the house passed the resolution which states that he is not eligible for this post because of the trial against him. The state constitution permits expulsion for “unfair behavior” without defining it.

The householder reiterated his innocence till the last minute and expressed hope that he would be acquitted of the charges. It is alleged that he planned to take a bribe of 60 million dollars to get the approval of the law to set up two nuclear power plants. “I have never taken a bribe nor made any plans to take the bribe,” the householder said. Speaker Bob Cup briefly halted proceedings after the Householder left the House after the vote.

The householder said he was returning to his farm in southern Ohio to help his wife grow tomatoes, cabbage and corn. The householder and four of his accomplices were arrested in July in connection with an investigation into the ‘Nuclear Bailout Act’. If the householders are found guilty, they could be imprisoned for 20 years.

12/08/2020/9:41:am
Bengaluru: In Pulakeshi Nagar of Bangalore, the mob ransacked the police station and the Congress MLA's residence on Tuesday night. The incident occurred after...