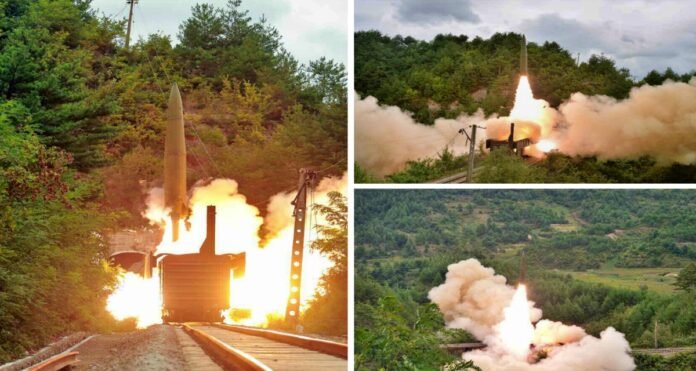 Seoul: North Korea has said that it has conducted an experimental test of a ballistic missile from a train, which is believed to be a response to the recent sanctions imposed by the Joe Biden administration of the US. South Korea’s military said it had discovered two missiles fired into the sea by North Korea, its third missile test this month. A day later, North Korea’s state media gave this information.

Shortly before the test, North Korea’s foreign ministry criticized the US for imposing new sanctions on the country’s past tests and warned that it would “confrontational attitudes” if the US persisted. Strict and strict steps will be taken against him. North Korea has intensified testing of new missiles in recent months. Some experts have said that North Korean leader Kim Jong is revisiting his well-thought-out strategy to pressure his neighbors and the US through missile tests before offering talks to demand some concessions.

24/02/2021/9:20:pm
New Delhi: The Central Government has been trying to complete the process of selling its stake in Government Airlines Air India and Bharat Petroleum...

Corona got close to 35 thousand cases in one day, figure crossed 10 lakh

17/07/2020/10:50:am
New Delhi: According to the number of corona infected, India is the most affected country after America, Brazil. If we talk about infected cases...

Remdesivir, hydroxychloroquine, lopinavir/ritonavir, and interferon regimens appeared to have little or no effect for...

Preparation of flights to Ukraine, the government will bear the expenses;...