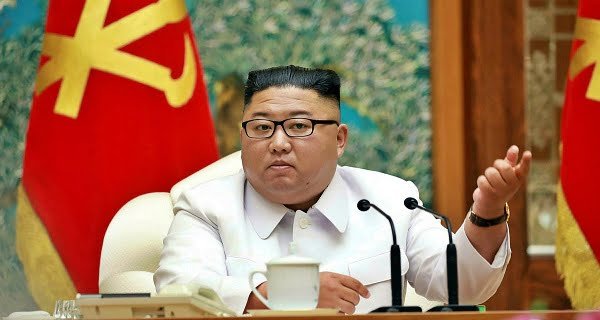 Pyongyang: North Korea’s economy has collapsed due to the coronavirus pandemic and sanctions. North Korean leader Kim Jong Un appeared in public for the first time in nearly a month and chaired a meeting of his ruling party. Also called for a large political conference to discuss the efforts to bring the crumbling economy back on track.

North Korea’s official news committee, the Korean Central News Agency, said on Saturday that Kim appreciated that much work was being done because of the party’s “ideological zeal” and fighting spirit for self-reliance. Kim, who came to the Politburo meeting on Friday, appeared in public for the first time since May 6. Then he posed for pictures with the families of North Korean soldiers.

The closure of borders due to the pandemic has further crippled North Korea’s already unstable economy. The closure of the borders has reduced trade with its main ally China. Kim said on Friday that North Korea is facing “challenges posed by unfavorable conditions and the environment”, KCNA reported. The news did not mention Kim’s remarks about the US or South Korea.

North Korea has so far ignored calls for the resumption of nuclear talks since the failed second summit between Kim and former US President Donald Trump in February 2019.

13/01/2021/8:24:pm
Prayagraj: The Lucknow Bench of Allahabad High Court has given a big verdict regarding the registration of weddings between love jihad cases in Uttar...

17/10/2020/10:48:am
New Delhi: The coronavirus outbreak in India is now under control. While new cases of COVID-19 infection have been declining in the country since...