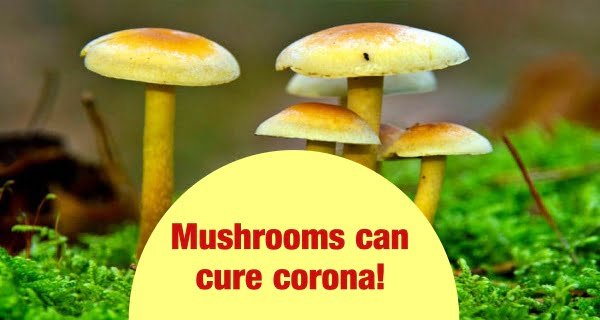 Washington: American scientists are working in a new direction regarding the treatment of the Covid-19 epidemic. A team of US scientists is working on the medicinal properties of mushrooms and the treatment of corona with the help of Chinese herbs. According to Gordon Saxe, who is posted as Principal Investigator in the Director of Research Center for Interactive Health at the University of California-San Diego, the mushroom has been chosen because of its history of use for boosting immunity and having antiviral effects.

MACH-19 (Mushroom and Chinese Herb for COVID-19) is a multi-center study working in collaboration with the San Diego School of Medicine and UC Los Angeles, La Jolla Institute for Immunology.

Better results found in preclinical studies
In a pre-clinical study conducted in the year 2019, it was found that mushrooms have the ability to prevent infection with viruses, including Influenza (H1N1), Influenza A (H5N1), and Herpes. Gordon Sachs says that he thinks that medicinal mushrooms have the ability to inhibit the replication of the virus and he wants to test this theory in the Phase-2 trial against SARS Covid-19 (SARS-CoV-2).

The medicinal properties of the mushroom are being assessed in the third ongoing trial regarding MACH-19. It is given as a capsule at the beginning of the Covid vaccination, can it increase antibodies and how the immune system responds. He said that its fourth trial launch is yet to be done.

Mushroom increases the number of antibodies
He said that the mushroom can not only increase the number of antibodies but also increase the T-cell immunity that works against virally infected cells. have been using. Let us inform you that out of 3 trials of MACH-19, 2 trials have been approved by the Food and Drug Administration (FDA). Preliminary safety data for these trials are expected by the end of this year, while the data related to its effectiveness will be ready within a year.

Covid-19: Five out of every 100 patients die in Indore, death rate higher than...

03/07/2020/7:55:pm
Indore: which is among the worst affected districts of Covid-19 in the country, is witnessing a decline in daily reported cases of infection, but...

01/12/2020/10:05:pm
Washington: Newly elected US President Joe Biden discussed his decision to rejoin the historic Paris Agreement on the first day after taking office at...

18/08/2020/9:02:am
Kolkata: Vishwa Bharati University was closed indefinitely on Monday after violent protests against the construction of boundary walls at Pausha Mela ground. Chief Minister...