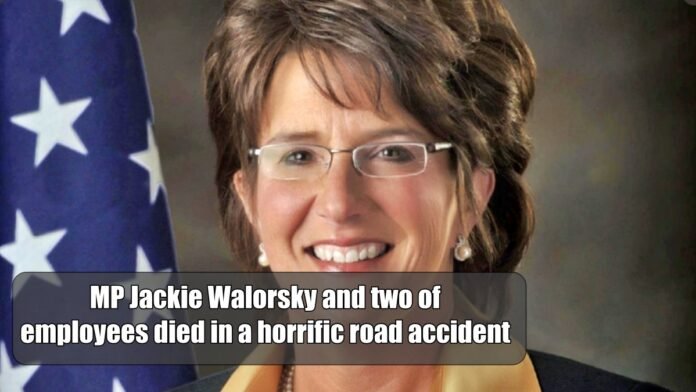 The Elkhart County Sheriff’s Office said the accident occurred at around 12.30 p.m. Wednesday, when a car crossed its lane on a state highway and collided with Walorsky’s SUV.

According to officials, Walorsky (58) and two of his employees were also present in the SUV. The woman driver of the car that collided with the SUV also died in the accident. Walorsky has also been a member of several committees of the US Congress. She was first elected from the state of Indiana in 2012. Walorsky’s chief of staff Tim Cummings said in a statement: “She has gone to her Lord Jesus Christ. Please pray for his family.”

Rahul’s allegation of Corona having one crore cases, crores of lives were ruined due...

19/12/2020/2:27:pm
New Delhi: Former Congress president Rahul Gandhi on Saturday targeted the government after the Coronavirus infection cases exceeded one crore and alleged that the...

UP elections will not be postponed! Commission said – all parties want UP assembly...

30/12/2021/1:30:pm
Lucknow: The Uttar Pradesh assembly elections will be held on time only, its indication has been given by Chief Election Commissioner Sushil Chandra, who...

Every incoming missile will be seen as a nuclear weapon, Russia...