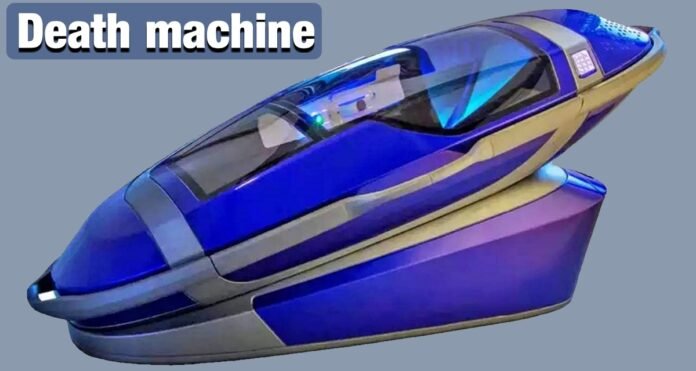 New Delhi: In Switzerland, a machine has been legally approved which will make death very easy for a human being. The machine giving ‘easy death’ will complete the entire process of death in just one minute. It is claimed that the machine can put a person to death without any pain.

According to a report, the oxygen level through the machine decreases, leading to death through hypoxia and hypocapnia. This machine is being said to be helpful for such patients who want to commit suicide or are bedridden due to illness or cannot even move their bodies. The dying person can move the machine to their preferred location and the machine appears like a capsule that can be used as a coffin.

It is being told that the idea of ​​making the machine has been given by the director of the non-profit organization Exit International and Doctor Philip Nitschke, who is called ‘Doctor Death’.

It has been told in the report that, since this machine came to the fore and got legal approval, many people are also criticizing Doctor Death on a large scale. People are telling the wrong method to be used in this machine. Many social media users have said that this machine promotes suicide which is wrong.

07/10/2020/10:16:pm
Mumbai: Bollywood actress Rhea Chakraborty was arrested by the NCB on 8 September in Drugs related to Sushant Singh Rajput Death Case. After which,...

Changes made in central motor vehicle rules, now tractors will be able to run...

21/05/2021/9:21:pm
New Delhi: The Ministry of Road Transport and Highways has notified amendments in the Central Motor Vehicles Rules to promote Clean Fuel in rural...