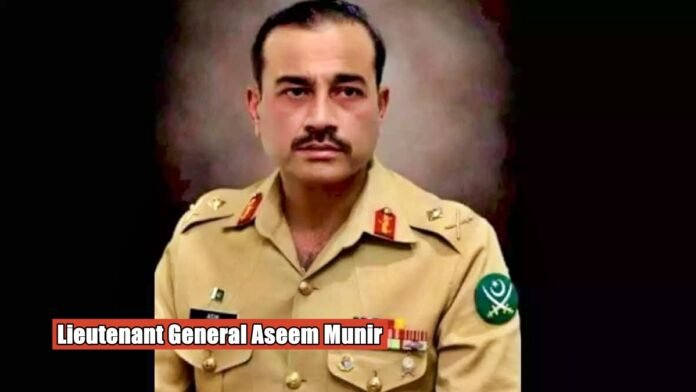 Islamabad: Pakistan has finally got a new army chief. Lieutenant General Asim Munir will be the new Army Chief of Pakistan. For the last few days, speculation was going on about the new army chief. Prime Minister Shahbaz Sharif has approved the name of the new chairman of the Joint Chiefs of Staff Committee along with the approval of the name of Lieutenant General Asim Munir. PM Shahbaz has given his consent to make Lieutenant General Sahir Shamshad Mirza the new CJCSC. It may be known that speculation was going on for a long time about the new army chief of Pakistan. In this, the names of 6 senior army commanders were coming out. Now go and take the PM. Has expressed his consent to General Aseem Munir.

Pakistan’s Information Minister Maryam Aurangzeb informed about the PM’s agreement on the country’s new army chief. He told that Gen Munir and Lt. The proposal will be sent to President Arif Alvi for final consent in the name of General Shamshad Mirza. Take it as soon as you get their approval. General Munir will take over as the Chief of Army Staff. Explain that the Joint Chiefs of Staff Committee is the Inter-Services Forum, which works for coordination between the Army, Navy, and Air Force. Along with this, CJCSC also works as an advisor to the Prime Minister and the National Command Authority.

Senior most General Munir
Apart from General Bajwa, Lt. General Munir’s name was everyone’s favourite. Munir is the senior most at present. It is being told that his name was at the top of the list to be sent to the Prime Minister. Prior to the announcement of his name as the Chief of Army Staff, he was holding the post of Quarter Master General at General Headquarters, Rawalpindi. Take. General Aseem Munir had joined the army through Pakistan’s Open Training Service (OTS)

30/07/2021/10:20:am
New Delhi: The number of corona infected patients in the country has once again started increasing rapidly. Every day the rising graph of Corona...

Marriage in Pakistan will be compulsory for 18 years old, marriage law will change

27/05/2021/10:45:am
Karachi: A legislator of the Sindh provincial assembly of Pakistan on Wednesday introduced a draft bill to make a mandatory marriage of people when...