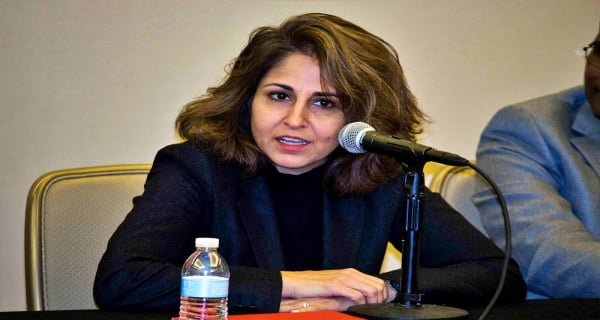 Washington: Crisis has been clouded over Senate confirmation of the appointment of Indian-American Neera Tanden, nominated by US President Joe Biden, to the White House Office of Management and Budget office, as Republican Senator Susan Collins and Mitt Romney have announced to vote against him. West Virginia Senator Joe Manchin on Friday opposed the confirmation of Tandon’s name and is the first Democratic lawmaker to do so.

If Tandon’s name is confirmed, she will become the first black woman to head the agency. Amid fears of confirmation of Tandon’s name, the White House has called him an ‘excellent policy expert’ and Biden has said he supports his name. Collins said on Monday that Tandon has neither experience nor his temperament appropriate to lead this important agency. A spokesperson has confirmed that Romney will also oppose Tandon’s comments on social media. During the confirmation confirmation hearing, Tandon apologized for attacking top Republican lawmakers on social media. The Senate Budget Committee will vote on Tandon’s nomination this week.

28/07/2020
New Delhi: Tension has increased in India due to the ongoing Corona epidemic (Covid-19 Pandemic) for the last five months and an unprecedentedly applicable...

Know when is Pitru Paksha, know the complete information about Shraddha

07/08/2020
Now less than a month is left for Pitru Paksh to begin. Pitru Paksha is the time when our ancestors are on the earth...

18/09/2020
Bangalore: CSS Corp, a new-age IT services and technology support company, today announced that its CEO, Manish Tandon, has won a Gold Stevie® in The...

24/08/2020
Mumbai: A horrific accident took place on Monday in Mahad of Raigad, Maharashtra. A 5-story building collapsed in Mahad. It is reported that more...