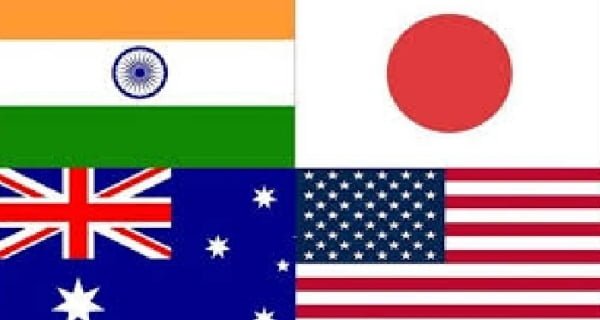 Washington: After the first top level meeting of the Quad countries, now America, Japan, Australia and India will meet again this year and this time this meeting will be offline, not online. US National Security Advisor Jake Sullivan has given this information during a press briefing at the White House. He said that in the meeting held on Friday, US President Joe Biden, Prime Minister of Australia Scott Morrison, Prime Minister of Japan Yoshihide Soga and Indian Prime Minister Narendra Modi also discussed the challenges faced by China.

‘Will work on technology’
Saliwan said the four leaders agreed that they would meet by the end of the year and launched a working group for technologies such as 5G, Artificial Intelligence and Cyber. By the time all the leaders meet, these groups will also start giving results. He said that the quad is important for the Indo-Pacific and this summit has led to a wide expansion of diplomacy in the region.
What did Biden say in the first meeting of the quad summit? Show attitude about China
Sullivan said that with the help of Indian production, American technology, Japanese and American financing and the logistics capacity of Australia, 1 billion doses of the Corona vaccine could be delivered by the end of next year at ASEAN, Indo-Pacific.

Committed to the Indo-Pacific
At the first summit of the Quad Group, Prime Minister Narendra Modi said, “We are united for our democratic values ​​and our commitment to a free and inclusive Indo-Pacific region.” The Prime Minister said, “Today our agenda includes vaccines, climate change, and Sectors such as emerging technology are included, which make ‘quad’ a force of global well-being. ‘

Will CEO of LIC is Private Sector Professional?

08/12/2022/10:42:pm
New Delhi: India aims to appoint a private sector professional as the first chief executive of the Life Insurance Corporation of India in an...

23/06/2022/5:09:pm
Patients consuming the favored anti-diabetic capsule metformin should examine their vitamin B12 ranges at common intervals, the well-being company of the United Kingdom has...

Why did India distance itself from voting on the UNSC resolution? Know what other...

26/02/2022/9:36:am
United Nations: In the United Nations Security Council (UNSC), India created a voting distance on the resolution regarding the attack on Ukraine. Whereas, 11...

Donald Trump mistook the woman who filed the rape case as...