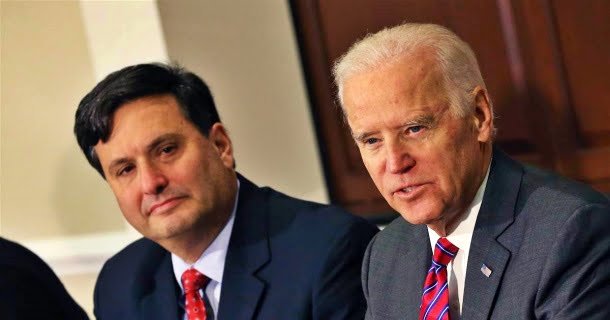 Washington: Joseph Biden, the winner of the US presidential election and the next president, announced on Wednesday the appointment of his colleague Ron Klein as the White House Chief of Staff. After Biden takes over the presidency, Klein will oversee the president’s executive office and serve as a senior adviser. “Ron has been very special to me for many years when we worked together,” Biden said.

Together, we saved the American economy from the biggest recession in history in 2009 and later dealt with the disaster on public health (in the role of Ebola Action Coordinator) in 2014. ” He said, “He has a long, varied experience working with people in the political arena and the ability is exactly what I need in the White House Chief of Staff, because we are facing a crisis and our country. Need to be brought together. ” “It is an honor to serve Biden as President and I am overwhelmed by the confidence he has shown,” Klein said. I am excited to work with them … ” Klein (2009-2011) also had Biden as Chief of Staff, then Biden was Vice President.

Mike Tyson assaulted co-passenger in flight, in anger, he spoiled his appearance...

22/04/2022/9:18:pm
New Delhi: Recently a shocking news has come out. Former US star boxer Mike Tyson assaulted a passenger during the flight. The video of...

US Supreme Court blow to Biden administration told to have a gun...

24/06/2022/9:44:am
Washington: Due to the incidents of mob firing in America, the demand for a ban on openly carrying guns there has intensified. Meanwhile, in...