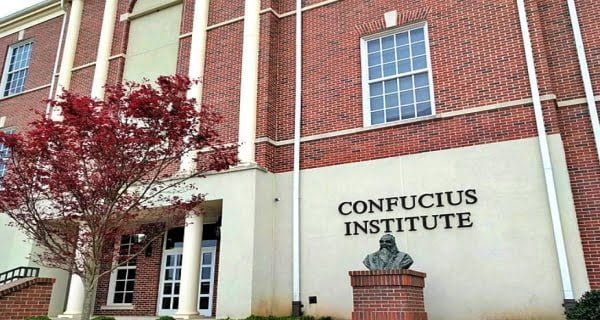 China is not only intruding in the small countries around it, but its conspiracy is also seen to make a dent in the developed countries. Recently, the purchase of British schools in China one after the other is in the news. China is buying loss-making British schools. It is feared that it may further promote its ideology in schools so that British children also remain under the influence of China.

Why are the buildings being sold
Not only did the economy of the countries crumble in the Corona period, it also affected the educational institutions. Schools have been closed for a long time or have been closed again due to the spread of infection. Had to study online. In such a situation, the school administration is unable to meet the expenses of its buildings. Given this, many schools are selling their buildings.

China bought 17 schools
China is buying these damaged schools indiscriminately. This has not happened with one or two schools, but with the entire 17 schools. These schools have been bought by the companies belonging to the People’s Republic of China at cheap prices and are now waiting for the Corona period to end.

Already started
By the way, even before Corona, China had started buying British schools. The reason for this was the fall in the British currency pound. On the other hand, the Chinese economy rapidly moved upwards. In such a situation, it became easy to buy the loss-making school buildings.

Will put its ideology in the minds of children
It is believed that after this, at the right time, China will start these schools and impose its ideology. Due to this, British or foreign children coming to these schools will become pro-China right from the beginning. Behind this Chinese ideology is not merely speculation, but in the past, China has been doing so.

Penetration like this
Confucius International Education Group of China bought Britain’s school where Princess Diana studied. A British school was bought by Yang Huian of China. She is the richest woman in Asia and her father Yang Guoqiang is a member of the Chinese Communist Party. Confucius Institute is a school of Chinese special thinking, which is being run in 150 schools in Britain. Also, it has reached 29 universities of Britain.

What is Confucius Institute
They make inroads in a particular state or country by promoting Chinese language and culture. For this, they resort to funding. They fund the schools and colleges seen in deficit and then infiltrate the committee there. They talk about cultural transactions but gradually they start interfering directly in the education and education of the host university. Since they pay a lot of money, the institutes cannot even separate them. However, for the past several years, they have been in controversies regarding their policies and methods.

These are based on the name of the Chinese philosopher Confucius. Although at first the Communist Party of China used to criticize this philosopher, but later he found this to be the most direct means of connecting with other countries of the world. In fact, Confucius’s philosophy is well known to other countries and the Chinese government felt that his name could be used as a brand image. This is how the Confucian Institution started.

Earlier Confucian institutions were compared to many foreign institutions like British Council, Alliance Franchise, but soon people started to understand that the intention of these institutions from China was not only to speak about language and culture, but to the youth It also has to be brought under your influence.

British officials are now expressing concern
British academics and officials themselves are getting upset over China’s infiltration into their schools. In the UK, Reform Party leader Nigel Ferenz expressed concern over the Chinese takeover of the schools, saying that the trend started stealthily in 2014 and has now escalated. Around 7 percent of UK children attend private schools. China is buying these private schools. In such a situation, there is an increased fear that soon Chinese ideology will start getting spoiled in the minds of children.

05/07/2020
New Delhi: 40 websites linked to the banned organization Sikh for Justice (SFJ) have been banned by the government for supporting separatist activities. This...

14/06/2020
New Delhi: Sushant Singh Rajput death creates another setback for the Bollywood, and the celebrities remembered him as a young talented actor who has...

07/10/2020
Mumbai: Bollywood actress Rhea Chakraborty was arrested by the NCB on 8 September in Drugs related to Sushant Singh Rajput Death Case. After which,...