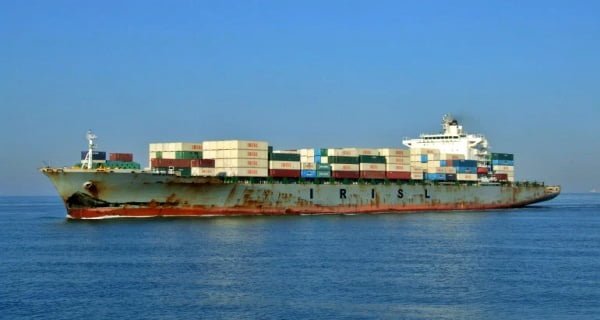 Dubai: Iran’s official TV channel on Wednesday acknowledged the attack on an Iranian cargo vessel, which has been standing for years in the Red Sea, near Yemen. The vessel is believed to be the base of the Revolutionary Guard, a paramilitary force. Government TV made this statement citing foreign media, which is Iran’s first comment about the mysterious incident involving ‘MV Saviz’. Israel is suspected to have carried out the attack.

The attack comes at a time when Iran and other world powers are meeting in Vienna for the first talks about the possibility of the US re-joining the Iranian nuclear deal. Saudi Arabia has criticized the vessel’s presence in the region several times. Western and UN experts say Iran has provided arms and support to the Houthi rebels in Yemen, but Iran has denied this. Iran says Saviz helps ‘anti-piracy’ efforts in the Red Sea and the Bab al-Mandab Strait.

A presenter on state TV referred to a New York Times report quoting an American official that Israel had informed the US that it attacked the vessel on Tuesday morning. When the Associated Press tried to contact the Israeli authorities on Tuesday night, they declined to comment. Israeli Prime Minister Benjamin Netanyahu said on Tuesday, “We should not return to a dangerous nuclear deal with Iran, because nuclear-armed Iran is a threat to Israel’s survival and the security of the entire world.”

Iran’s semi-governmental ‘Tasnim’ dialogue committee, considered close to the ‘guard’, reported late Tuesday night that the explosives planted on Saviz exploded. He did not hold anyone responsible for the attack. Meanwhile, the US Army Central Command said in a statement that it was “aware of media reports about the incident involving Saviz in the Red Sea”.

He said, “We can confirm that there is no involvement of American forces in this incident.” We do not have any additional information to provide. ” Photographs received by the AP from the Saudi army show people wearing military uniforms on board the ship and small boats capable of carrying the vessel to the Yemeni coast.

10/03/2021
Agra: The Visvaidya Memorial is going to be expensive and expensive for the Taj Mahal. After the Agra Development Authority (ADA) approves the proposal...

Meerut: More than one quintal of home-made bombs were being dried on the roof...

01/11/2020
Meerut: By now you may have seen potato chips and papads drying on the roof, but today we show you a picture which will...

05/08/2020
Pimpri: So far, one lakh 11 thousand 557 people have been tested for Kovid in Pimpri-Chinchwad city amid growing infection of epidemic corona. Out...

19/07/2020
Mumbai: On Saturday, on the set of TV serial Kumkum Bhagya, a big accident happened. During the shooting, the show set on fire, after...