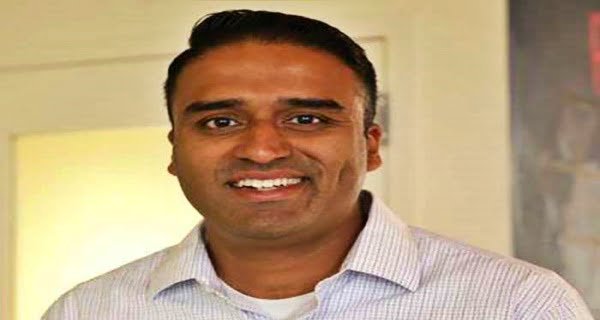 Sharing the picture on Tuesday, he wrote, “I am thankful for the swearing-in after the primary and general elections, for this visit, for the fantastic team and for the history we have made.” I am honored to serve the country and the President. I feel proud to pass through those doors again with the family, their story and hopes are with me. ”

It is noteworthy that the WHMO has an office in the White House itself which provides military support for the functioning of the White House such as food service, transportation for the President, medical and hospitality services. The WHMO Director oversees all military operations in Airforce One (the President’s official aircraft) during the US President’s worldwide travel.

It is noteworthy that Varghese was born in the US and his parents came here from Thiruvalla, Kerala. He graduated from the University of Massachusetts in political science and economics.

Now these 6 airports of the country will be occupied by Adani group, these...

02/11/2020
New Delhi: The Airports Authority of India handed over the Lucknow Airport to the Adani Group on a 50-year lease from midnight on Sunday....

13/07/2020
New Delhi: The West Indies team has registered a historic victory in the international match after four months due to Coronavirus. The first Test...

16/10/2020
SINGAPORE: A 40-year-old Indian national convicted of molesting an air hostess was jailed for four months on Friday. A court here rejected his appeal...