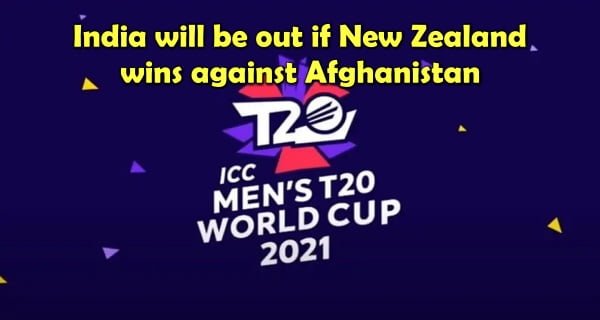 However, if the New Zealand team wins today, then along with Afghanistan, India’s hopes will also be shattered, because New Zealand will have 8 points and even after winning the last match, India will not be able to get the same number of points. India’s last league match against Namibia will remain a formality if New Zealand wins.

Kiwi attack challenge in front of Afghan batsmen
The Kiwi team has a strong bowling attack which will prove to be a problem for the Afghanistan batsmen. Afghanistan’s batsmen have performed well on the strength of their spinners so far. Their batsmen, however, will now face Trent Boult, Tim Southee, pacer Adam Milne and spinners Ish Sodhi and Mitchell Santner, who are in excellent form.

Afghanistan’s batsmen will have to make a good score today, after which the bowlers led by Rashid Khan can make a difference. The Afghan team’s bowling attack has definitely been weakened by the injury of Mujeeb ur Rahman, but they can take advantage of the weakness of the Kiwi bowlers against spin.

Cinematographer Ishwar Bidri Passes Away At 87

07/08/2020/10:25:pm
New Delhi: Professor Pradeep Kumar Joshi was appointed as the new chairman of the Union Public Service Commission (UPSC) on Friday. He has held...