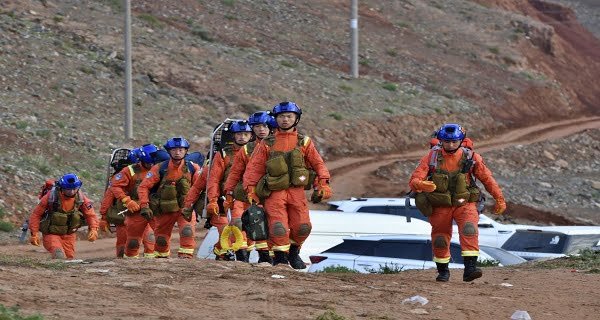 Beijing: In the northwestern region of China, 21 people died due to hailstorms, icy rain, and storms in the mountain ultramarathon. This information was given by the government media on Sunday. Rescuers of more than seven hundred personnel, after conducting a full rescue operation in the scorching cold, confirmed that 151 of the 172 participants were safe.

According to China’s official Xinhua news agency, 21 participants were killed. They reported that the participants faced physical discomfort and a sudden drop in body temperature. In this competition, the runners had to cross a very narrow mountain path at an altitude of 2,000–3,000 m (6,500–9,800 ft). The 100-kilometer (60-mile) run was held on Saturday at the ‘Yellow River Stone Forest Tourist Site’ in Bayin City, Gansu Province.

According to a Shanghai-based government-backed newspaper, the participants were not beginners. The dead also includes well-known runner-up Liang Jing, who won the 100-kilometer (62-mile) race at Ningbo. A woman who worked for the Gansu Shengjing Sports Culture Development Company, the organizer of the race, said that there was no prediction of inclement weather for the day of the race.

One participant stated, “I did a warm-up (rehearsal) with a two-kilometer run before the main race started, but it had no effect on my body temperature.”

15/10/2020/9:22:pm
Washington: World Bank President David Malpas has said that the world is suffering from the deepest recession since the Great Depression of the 1930s...

Explosion of glacier in cold is not a normal occurrence, scientists also shocked

07/02/2021/7:29:pm
Dehradun: There has been an outcry due to glacier burst in Raini in Chamoli District of Uttarakhand. Scientists are also surprised by this incident....