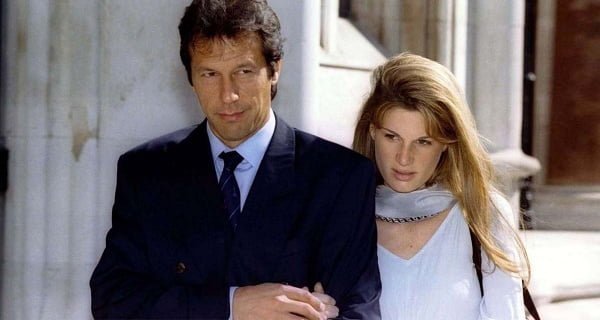 Islamabad: Pakistan Prime Minister Imran Khan is badly trapped by giving a statement on the rape. In the midst of worldwide criticism, Imran Khan’s first ex-wife Jemima Goldsmith has also cast him. Jemima quoted the Quran as saying that men have been taught to cover their eyes and not to cover women. At the same time, the second ex-wife of Imran has instructed the PM to keep his mouth shut. Earlier, Imran Khan had said that Pakistani women should be veiled to avoid rape.

Jemima attacked Imran Khan vigorously by tweeting. He quoted a verse from the Quran saying that it is the responsibility of men to cover the curtain. Jemima said, ‘Tell your followers that they should exercise restraint on their eyes and keep their private part on the screen.’ She also said that the Imran Khan whom she knew used to talk about the curtains on the eyes of men. Later, Imran Khan’s second ex-wife Reham Khan also took a jibe at Jemima, who was seen in clothes from head to toe during her stay in Pakistan.

Reham Khan said, ‘Today a young girl said that she has not said that the woman should be veiled.’ Reham advised Imran that the less he speaks, the better it will be for everyone. Earlier, Imran Khan blamed India and Europe for the increasing obscenity in Pakistan. During direct communication with the public, Imran Khan said in response to a question that he needs public support to stop the incidents of increasing rape in the country.

Imran Khan said, ‘We have to promote the culture of Purda system so that temptation can be avoided.’ Imran Khan said, ‘Delhi is called a rape capital and pornography in Europe has ruined their family system. That is why the people of Pakistan should help to overcome obscenity. ‘ After this statement by Imran Khan, he is now being trolled on social media. By sharing a video of Imran Khan, people are questioning Imran Khan on the advice of the screen. In this very old video of Imran Khan, he is seen in the underwear and a bikini lady is present with him. Both people are taking a bath in the sea.

Q&A for the public, with Dr. Soumya Swaminathan, WHO Chief Scientist, on COVID-19 vaccines...

27/10/2020
Hong Kong:  Moody’s Analytics has won ALM Product of the Year at the 2020 Asia Risk Awards. This win reflects our strong presence in the region and...

The important announcements made by the RBI Governor will have a direct impact on...

04/12/2020
New Delhi: The Reserve Bank of India has announced the final policy for this year. The main interest rates have not changed. But during...

07/12/2020
New Delhi: Hardik Pandya has driven everyone crazy with his flamboyant batting. In the second T20 match against Australia, he played a banging inning...

Astrology: Seven planets will change their house in September

28/08/2020
Ujjain(M.P): September month is going to be very important according to astrology. Because Sun, Mars, Mercury, Guru, Venus, Rahu, Ketu will change their house....