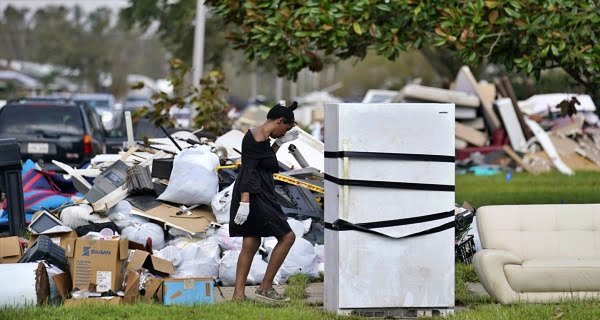 Houma (USA): The death toll in Louisiana rose to 26 on Wednesday after 11 more people died in New Orleans due to Hurricane Ida. At the same time, Tropical Storm ‘Mindy’ reached the Florida Panhandle on Wednesday night. The state health department said of the 11 confirmed deaths in New Orleans, nine died “from extreme heat caused by power outages.” The other two died due to the gas leak.

Meanwhile, Tropical Storm Mindy reached the Florida Panhandle in the northwest part of Florida on Wednesday night. According to the National Hurricane Center, the storm reached St. Vincent Island. Hurricane Mindy could cause up to 15 cm of rain in parts of the Florida Panhandle, southern Georgia, and South Carolina on Thursday morning.

17/11/2021/9:07:pm
Mumbai: The first of its kind Pod Hotel has opened at Mumbai Central Railway Station, offering passengers and even common people of Indian Railways...

You will not be able to use SBI banking services On September 15 for...

10/07/2021/10:37:am
New Delhi: The Indian version of PUBG Mobile India, Battlegrounds Mobile India, has been officially launched in India on July 2. This beef has...

19/05/2021/1:27:pm
Taipei: A U.S. warship has again sailed through the sensitive waterway that separates Taiwan from its giant neighbor China, at a time of increased...

14/07/2021/8:57:pm
New Delhi: The Delhi High Court has reprimanded the police while hearing the riots in the capital against the Citizenship Act. The court said,...