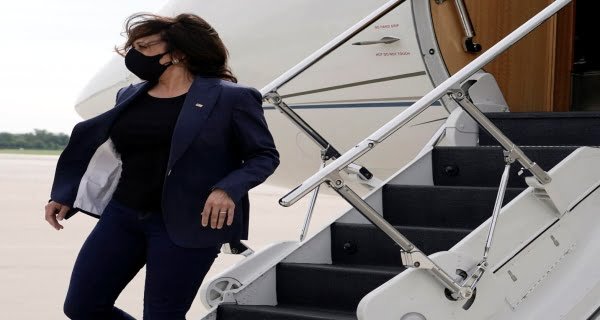 Milwaukee: Vice Presidential candidate Kamala Harris, on Monday from the Democratic vice primary nominee in the US, began her Wisconsin tour Monday with a meeting with Jacob Blake’s family. The state is also visited by Vice President Mike Pence, considered very important in view of the US elections.

Harris met with Blake’s father, two sisters, and members of his legal team at Milwaukee’s airport while talking to Blake’s mother and attorney Ben Crump on the phone. Significantly, during last week’s visit to Kenosha, presidential candidate Joe Biden also met with Blake’s family. In this city, the police shot Blake. Police killed the black man Blake last month. He is currently undergoing treatment. The incident was followed by widespread protests.

05/08/2020/10:46:pm
Mumbai: Heavy rains continue in Mumbai and surrounding areas of Maharashtra. Due to rain, local trains and bus services have been disrupted due to...

04/08/2020/12:22:am
Indore: Corona epidemic has also shunned the devotees from God. But there is a family in Indore city which is carrying on its tradition...

Biden’s swearing-in ceremony will be simple, committee’s appeal to people should not mobilize in...

20/06/2021/10:23:pm
Bhopal: The Mega Vaccination Drive is starting on a large scale on 21 June in Madhya Pradesh and its capital Bhopal. The district administration...