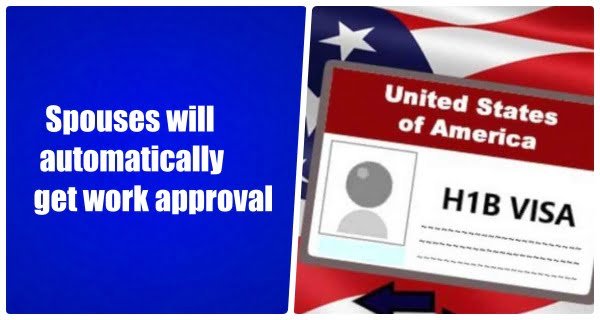 Washington: The Biden administration has taken another immigration-friendly move and agreed to automatically approve the right to work for spouses of H-1B visa holders. Thousands of Indian-American women will benefit from this move. Indian IT professionals constitute a large number of H-1B visa holders. The H-1B visa is a non-immigration visa that allows US companies to employ foreign workers. Because of this technology companies hire thousands of people every year from countries like India and China.

H-4 visas are issued by the US Citizenship and Immigration Services to immediate relatives (spouse and children under 21) of H-1B visa holders. This visa is usually issued to people who have already started the process of employment-based legal permanent resident status in the US. The American Immigration Lawyers Association filed a lawsuit a few months ago on behalf of the migrants’ spouses, after which the Department of Homeland Security reached a settlement.

The L-1 visa is valid for a short period of time. Spouses or children under 21 years of age of L-1 visa holders enter the US using an L-2 visa. It is a non-immigrant visa and is valid for the duration of the partner’s L-1 visa. Although the partner of L-1 holders will get the extension without application, the H-4 visa will have to apply again after the permit expires.

This year, in particular, Indian citizens and lawyers had filed a lawsuit. In this, he challenged the immigration policy, which had asked to prevent H-4 and L-2 visa holders from working until a permit is not granted. However, as ordered by the court, L-2 visa holders will automatically be able to get an extension of 180 days to work or an I-94 expiration date (which will be shorter). At the same time, H-4 visa holders will automatically be able to get the Employment Authorization Document (EAD) of I-94 for an extension of 180 days.