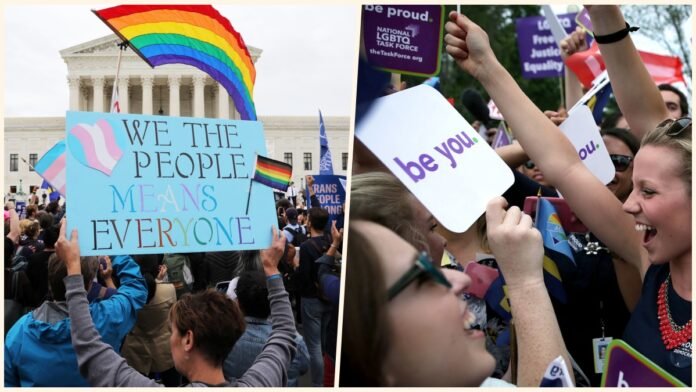 New Delhi: The US Senate on Tuesday passed a historic bill to protect the same-sex marriage bill. US President Joe Biden voted in support of the bill, saying love is love and Americans should have the right to marry the person they love. The bill passed by the US Senate would protect federal recognition of same-sex marriage.

In 2015, the Supreme Court banned it across the country. 61 votes were cast in support of the bill and 36 against it. The bill would ensure that same-sex and interracial marriage is enshrined in US federal law.

Senate Majority Leader Chuck Schumer said it was a step towards equality. He said Democrats are making rapid strides even as the party still holds majorities in both chambers of Congress. The legislation now heads to the House for a final vote.

Joe Biden welcomed
The US Senate vote will send the bill back to the House of Representatives. The House will approve it after which the bill will be sent to Joe Biden for signature. US President Joe Biden praised the bipartisan vote and said he would immediately and proudly sign the bill if passed by the House. He said this would ensure that LGBTQ youth grow up knowing that they too can live full and happy lives and have families of their own.

27/10/2022/9:16:am
Tehran: There has been a terrorist attack in Iran. Gunmen opened indiscriminate fire at a shrine for Shia Muslims in the city of Shiraz....

Relations between Pakistan and Afghanistan deteriorating! border did not open even after four days...

DPIFF Co-Powered by Partner Nutrilite by Amway Emphasizes the Importance of Holistic Wellness for...