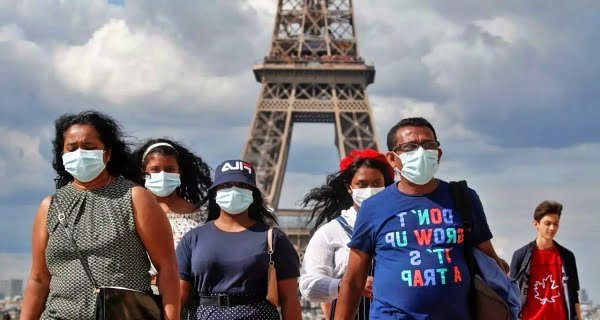 These measures were taken to stop the fourth wave in France
Strict restrictions have been imposed in France since Wednesday and people who have not been vaccinated are being vaccinated as soon as possible. Significantly, the fourth wave has come due to the rapid spread of the delta variant of the coronavirus in France. Anyone who wants to visit amusement parks, swimming pools, and gyms in France must show a certificate of vaccination.

Along with this, the negative report of the corona test will also have to be shown. Apart from this, to encourage vaccination, people will also have to show vaccination passes for entry into restaurants, bars, etc., or during long-distance train or air travel. However, the academic year can be started in September, in which no documents will be required to be shown.

Meanwhile, French Prime Minister Jean Castex said on Wednesday that we have entered the fourth wave and the delta variant is much more contagious. He said in his televised address that the total number of coronavirus cases increased by 140 percent in a week. He said that the corona vaccination will be expedited in the coming few days. 50 lakh vaccines will be available in the next two weeks. It is everyone’s responsibility to follow the strict restrictions and anyone refusing to follow the health pass rules can be fined 1500 Euros. Apart from this, there can also be a jail term of up to one year.

E-vaccine certificates can be issued, not immunity passports: WHO

04/12/2020/11:38:pm
London: The World Health Organization (WHO) has clarified that it has not recommended the issuance of an Immunity Passport for travel. Some countries are...

13/06/2020/7:38:pm
The sanitizing chamber has been set up at Parliament Street Police Station. New Delhi: DRDO's move came after Delhi Police gave their requirement for sanitizing...

Rasha Kelej, the CEO of Merck Foundation Makes It to the...