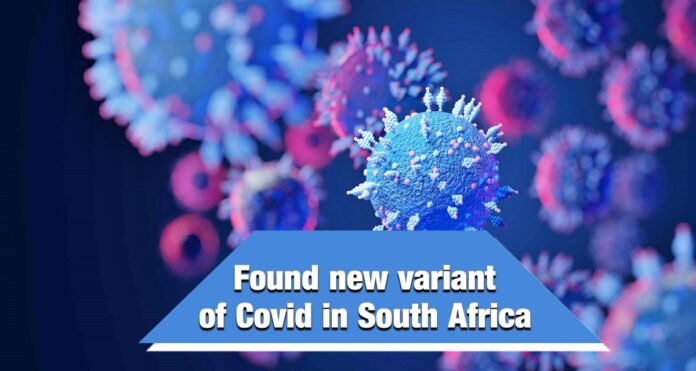 Geneva: There has been a stir in South Africa after getting a new variant of Corona. The World Health Organization (WHO) also discussed the rapidly spreading new coronavirus variant in South Africa and Botswana on Thursday. The new variant, called b.1.1529, contains an unusually large number of mutations, said François Balloux, director of the UCL Genetics Institute in London, in a statement published by the Science Media Center. This variant is speculated to have developed from an untreated HIV/AIDS patient. Balloux said that there is a possibility of it developing during chronic infection. It is difficult to estimate how many infections it can spread at this stage. It should be closely monitored and analyzed for some time. At the same time, after the new variants surfaced, the Health Ministry has instructed the states and union territories to be alert. The ministry has said that the testing of people coming from abroad should be done in an intensive manner. If any of these travelers turn out to be positive, then its sample should be sent to the INSACOG Genome Sequencing Laboratory state.

Regarding virus variants, the National Institute for Communicable Diseases said in a statement that 22 such cases have been detected in South Africa. NICD Executive Director Adrian Pooran said it is a matter of concern that a new variant has been detected in South Africa, as data are currently limited, our experts are working with all established surveillance systems to understand the new virus variant. Huh. They are also studying what could be its other possible effects. Research is going on on many other points as well. The Africa Centers for Disease Control and Prevention had earlier said that it would meet South African officials next week regarding the virus variant.

Also spread to Botswana and Hong Kong
Here, South Africa has also expressed concern about the new virus variant. Virologist Tulio de Oliveira said that a very high number of mutations have been seen in the new version named B.1.1529. He said it has also been detected in Botswana and Hong Kong among travelers from South Africa. It can spread very quickly. About 100 new cases were seen earlier this month, taking the number of daily injections to more than 1,200 on Wednesday.

Taliban will now build its own Air force to face ISIS

Information about cases will have to be given within 48 hours of announcing the...

10/08/2021/11:45:am
New Delhi: Hearing a case related to the criminalization of politics, the Supreme Court has ordered that all political parties should give every information...

“I voted for a man named Trump,” the US president said while voting in...

24/10/2020/10:01:pm
Washington: U.S. President Donald Trump cast his ballot in West Palm Beach on Saturday morning and then told reporters that he had voted for...