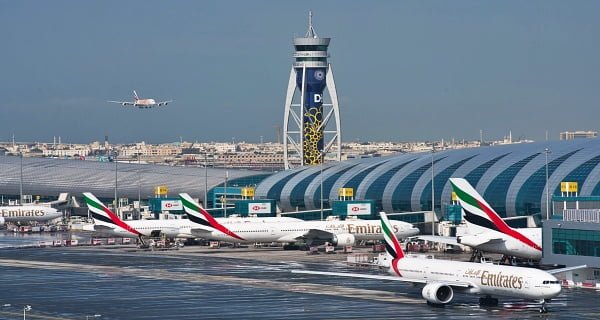 Abu Dhabi: Flights between the United Arab Emirates (UAE) and India are going to start today. After a long time, the United Arab Emirates has relaxed the flight rules from some restricted countries. With this, many Indian expatriates are thinking of going home for a holiday. Due to the long-standing restrictions due to Corona, many people are away from their homes for a long time. Indians like Vinod Thangoor from Bangalore haven’t gone home for two years and are now anxious to meet their parents.

According to the report of Khaleej Times, Vinod says, ‘I came to India for the last time in August 2019. Since then I have been waiting to meet my parents, who live alone in Bangalore. I am worried about his health.’ He said, ‘Daily Zoom calls are not enough. Now that flights from India have opened, I will fly to India as soon as possible. For this, I thank the UAE government.

NM in Abu Dhabi Abubakar will fly to Kerala with his family on Sunday. He said, ‘I have got everyone’s PCR test done. We wanted to go for a holiday in Kerala but the plan failed due to travel restrictions. My children Reem Fatima, Riham Thasneem, and Raneem Abubakar were disappointed to be at home during the holidays. Hopefully, they will be able to spend at least three weeks off before the new school session starts.

An airline official said that despite the Onam festival is near, the number of passengers is being seen less. He told Khaleej Times, ‘We had expected that the number of passengers would increase but there is nothing like this. Some people are afraid of the third wave in India. It is expected that the number of flight bookings will increase in the coming time. At present, the numbers are very less but things will come back.’ He said that if two or three families return after traveling, it will restore people’s faith in the journey.

Etihad Airways of the United Arab Emirates has said that flights to Abu Dhabi from some Indian cities will resume operations from 7 August. Etihad has said on its website that between August 7 and 9, the airline will start services from Chennai, Kochi, Bengaluru, Trivandrum, and New Delhi. After this, flights will be started from Ahmedabad (for transit only), Hyderabad, and Mumbai in India from August 10.

Dosti Realty All Set to Nurture the Extended Boundaries of Thane

28/08/2020/12:23:am
Mumbai: Dosti Realty is recognized as a trendsetter and innovator name in the MMR region known for developing and enhancing locations and areas that...

All stations will get ‘no bill no pay’, rail passengers will get direct benefit

13/01/2022/10:25:pm
Haridwar: Haridwar. The big news of this time is coming out. Wasim Rizvi alias Jitendra Narayan Tyagi has been arrested in Haridwar Hate Speech...

The delta variant of corona is spreading rapidly in Sri Lanka