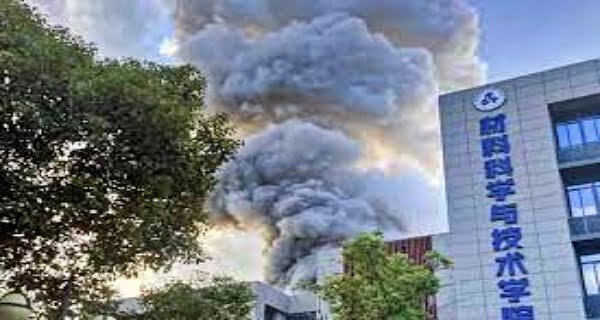 Beijing: Two people were killed and at least nine others injured due to an explosion at a university laboratory in eastern China. The state media gave this news on Monday. The explosion took place at Nanjing University of Aeronautics and Astronautics on Sunday afternoon.

Nanjing is a major center of higher education with a large number of foreign students studying. State broadcaster CCTV said authorities were investigating the cause of the explosion at the university’s School of Materials Science and Technology. The identities of the victims have not been released.

15/03/2021/10:16:pm
Brussels: Iran's Foreign Minister Mohammad Javad Zarif on Monday called on the US to re-engage with the International Agreement limiting his country's nuclear ambition...

Dhawan and Pandya lead India to victory in T20 series

06/12/2020/6:29:pm
Sydney: India won the series by defeating Australia by six wickets in the second T20 International match here on Sunday with the aggressive batting...

Landslides kill 55 in Indonesia, over 40 missing

05/04/2021/10:39:am
Jakarta: In eastern Indonesia, at least 55 people died and thousands were displaced due to rain-related accidents. The country's Disaster Relief Agency said that...

08/10/2020/12:08:am
London, United Kingdom:  OAG, the world’s leading provider of travel data and insight, today released The COVID-19 Recovery: Getting Passengers Back on Board, a new report...