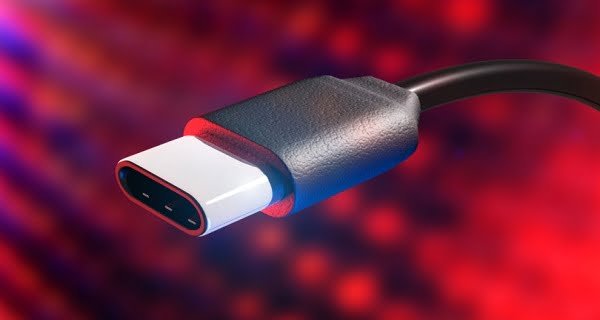 New Delhi: The European Union announced on Thursday that the smartphone industry needs to adopt a uniform charging cord for mobile devices, which will eliminate multiple charging cords and the problems associated with them. The European Commission, the bloc’s executive arm, has proposed legislation requiring USB-C charging cords.

Apple is protesting
This is a technology that has already been accepted by many gadget makers. Apple remains the biggest obstacle in this plan, according to which after the introduction of this new rule, customers will suffer and problems will arise in developing new technology. Apple’s Lightning charging port is standard on iPhones, although newer models include cables that can be plugged into a USB-C port.

The European Union’s approach will undoubtedly be appreciated by the millions of users who have trouble finding them among the many charging cables while charging their phones. Along with this, the European Union also wants to cut 11,000 metric tons of electronic waste dumped by Europeans every year.

According to the European Commission, the average EU resident has at least three chargers and uses two of them regularly, but 38 percent say they don’t charge their phone at least once Because they were unable to find a compatible charger. About 420 million mobile phones or portable electronic devices were sold in the European Union last year.

According to the European Union, the proposed guideline standardizes fast charging technology and allows users to choose whether to buy a new device or not, saving users about €250 million per year. The European Union’s executive commission is pushing the issue after more than a decade of striving for the sector to adopt a standard, an effort that would greatly undermine dozens of different charging plugs.

14/08/2021/7:06:pm
Mumbai: WhiteHat Jr, the leading live one-on-one online learning platform, is all set to host the latest edition of its open virtual learning event for children and...

why the maximum number of tigers are dying here in mutual conflict?

26/09/2020/11:47:pm
Umaria(M.P): Bandhavgarh tiger reserve. After the death of a three-year-old tigress in a mutual conflict two days ago in Bandhavgarh Tiger Reserve, the question...

18/12/2020/1:48:pm
New Delhi: After the disclosure of a large hacking campaign by the US authorities a few days ago, now Microsoft (Microsoft Corp.) has also...

SBI: Bank has increased charge for this service from February 1, will have to...

04/01/2022/9:57:am
New Delhi: As everyone knows from January 1, many charges have increased including withdrawing money from ATMs. With this, now the country's largest bank...