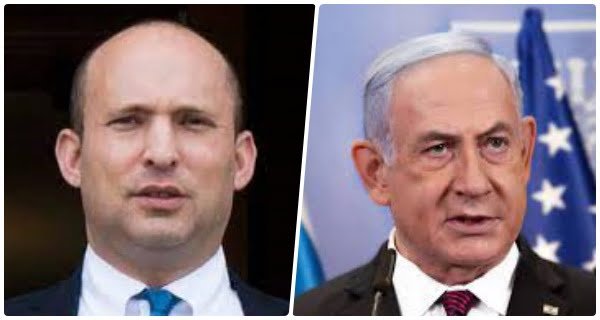 Jerusalem: Naftali Bennett was sworn in as the Prime Minister of Israel on Sunday. With this, the tenure of Benjamin Netanyahu, who had been in the post of Prime Minister for 12 years, ended. The 49-year-old leader of the right-wing Yamina Party was sworn in on Sunday after securing a majority in parliament. Earlier, in Israel’s 120-member parliament, the Knesset, 60 members voted in favor and 59 against. During this one member remained absent.

The new government has 27 ministers, nine women ministers
The new government has 27 ministers, of whom nine are women. Parties of different ideologies have formed an alliance for the new government. Among them there is also a party representing the Arab community along with right-wing, left, centrist. Mickey Levy of the Yes Etid Party was elected Speaker of Parliament. 67 members voted in his favor. Earlier, Bennett announced the names of ministers in his government during an address to parliament and was interrupted by supporters of 71-year-old Netanyahu. Bennett said he was proud to be working with “people of differing views,” said Bennett, amid an uproar from rival party lawmakers.

Commotion during speech
Bennett said, “We are taking this responsibility at this critical time. Apart from this government, the only option before the country was to hold more elections. This would have spread more hatred and affected the country.” Members of the Likud party created a ruckus during his address and called him a “criminal” and a “liar”. In his address, Bennett also said that Israel would never allow Iran to acquire nuclear weapons capability.

Biden congratulates Bennett
Meanwhile, US President Joe Biden congratulated Bennett and said he looked forward to working with him. “On behalf of the American people, I congratulate Prime Minister Naftali Bennett and Secretary of State Jair Lapid and all members of the new cabinet,” Biden said. We will work on further deepening the ties between the two countries.”

Keshava Rao did the planning, Hidma carried out – Learn how the soldiers trapped...

05/04/2021/2:56:pm
Bijapur: So far 24 soldiers have been martyred in an encounter between Sukma in Chhattisgarh and security forces in Bijapur and Naxalite. After the...

30/05/2020/7:45:pm
Mandsaur: According to District Central Cooperative Bank administrator Sunil Kumar Singh, 47,200 farmers of the district sold their yield at 103 Uparjan Kendras and will...