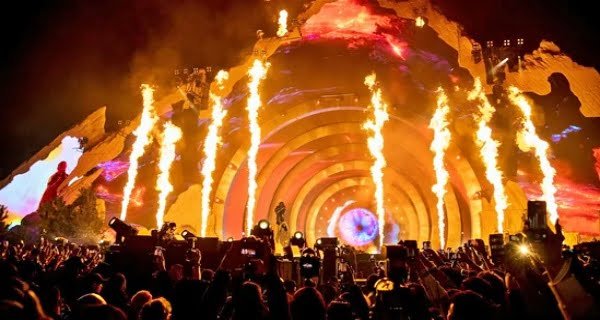 Houston: At least eight people have been killed and several others injured during the Astroworld Music Festival in the southern US state of Houston. Houston Fire Department Chief Samuel Penya, while giving details of the casualty, said that the exact cause of the incident is not yet known.

Penya said, ‘We have confirmed information about the death of at least eight people and injuries to dozens of people in today’s incident.’ Because of this people started crushing each other. Due to this, a situation of the stampede was created there and many people got injured. With this, he told that about 17 people have been taken to the hospital, out of which 11 people were found to have a heart attack.

21/07/2020/11:08:am
After Reliance Jio and Airtel, now Vodafone Idea has also launched its eSIM service in India. At present, this service has been brought only...

20/06/2020/7:15:pm
Bhopal: The animal husbandry department of Madhya Pradesh has described the viral news of spread of corona virus infection in some poultry farms in...

Covid-19 antibodies and vaccine may be less effective on corona mutations: Research

06/03/2021/9:25:am
Washington: According to a study done on the new form of Corona Virus, research-based on Covid-19 Antibody and Vaccine developed so far may be...

Good news for WhatsApp users! Can easily transfer chats from iPhone to Android

04/09/2021/9:10:pm
Now if users transfer their operating system from iOS to Android or from Android to iOS, then they had to lose their old chat...