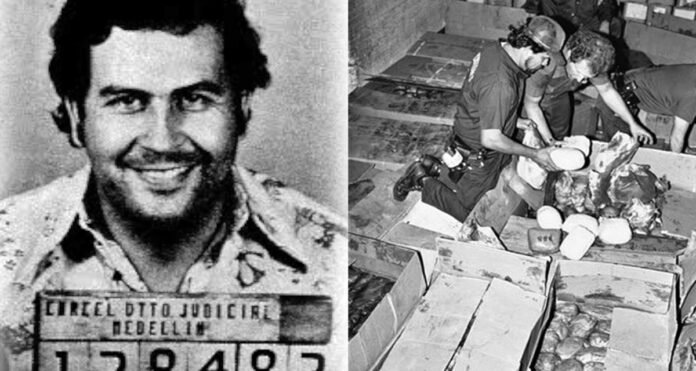 New Delhi: Known as the biggest drug dealer in the history of the world, Pablo Escobar was born today i.e. on December 1. Escobar is considered the world’s most successful and richest drug mafia. Born in the year 1949, Escobar belonged to a very poor farmer family, but the sharp-minded Pablo made his own identity as soon as he stepped into the world of crime and soon he became the world’s biggest drug mafia.

Millions of rupees were eaten by termites, crores of rupees were burnt
Pablo Escobar had so much money that, once his daughter had burnt more than 13 crore rupees to keep her house warm so that her daughter did not feel cold. Pablo had so much wealth that he had specially built a warehouse to keep money only and when this warehouse was filled with money, he dug big pits in the warehouse in which the money was filled. The extent was reached when termites had eaten several lakhs of rupees due to not touching the money kept for years, but despite this, his wealth never decreased.

Films made on lifestyle and modalities
The world’s security agencies were surprised to see Pablo Escobar’s lifestyle and drug business practices. His hobbies were so expensive that he used to spend money like water to fulfill his hobbies. He had many luxury cars and luxurious houses in many countries of the world. Many films have been made on the life of Pablo Escobar and even today web series is being made on him. Many stories depict Pablo Escobar as one of the world’s richest figures on his tour. He is also called the biggest drug mafia of all time in many stories. In 1989, the prestigious Forbes magazine declared Pablo Escobar the seventh richest person in the world. At that time, Pablo’s estimated personal wealth was said to be the US $ 25 billion, or about 1825 billion rupees as of today. It is said that Pablo had more than 800 houses.

The US Special Forces and the Colombian Army were killed in a special joint operation
In the year 1993, the US Special Forces and the Colombian Army together conducted a major operation. Pablo Escobar was killed in this operation. Pablo died on 2 December, a day after his birthday i.e. 1 December. It is said that before his death, Pablo had stunned the police and soldiers a lot. Pablo created a terrible panic in Colombia. It was a minor thing for him to take the life of a big leader or a person. Due to this, he also came on the radar of security agencies of many countries. It is said that Pablo’s dream was to become the President of Colombia.

The main reason for my attraction to India is Mahatma Gandhi: Barack Obama

17/11/2020/10:15:am
Washington: Former US President Barack Obama said that the main reason for his attraction to India was Mahatma Gandhi, whose "successful nonviolent movement against...

It will not be easy to sell bottled water from April 1, will have...

Jammu and Kashmir: 3 militants killed in an encounter with security forces

18/07/2020/9:48:am
Srinagar: Three militants were killed in an encounter with security forces in Shopian district of Jammu and Kashmir on Saturday. A police officer said...