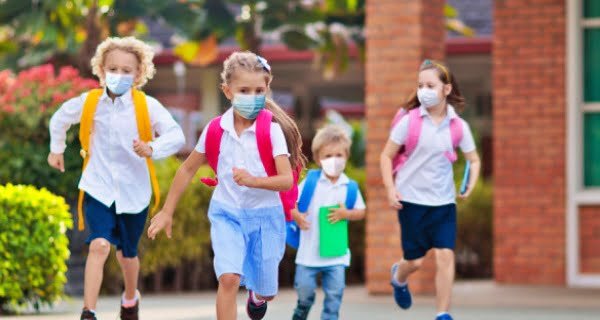 London: After America, the alarm bell of Coronavirus also rang as soon as schools opened in Britain. In Britain, one child out of every 37 children aged 7 to 11 years is found to be corona infected. After most of the schools opened on 1st September, till 11th September, 2.74% of school children were found infected during random testing. According to the Department of Statistics, one in 80 people were found positive in a random test of common people in England, the highest infection level has been reported in Scotland, one out of every 45.

Scotland’s First Minister Nicola Sturgeon has requested the military’s help with the ambulance system. At the same time, the Health Ministry of England has provided 3 lakh air monitors to schools. Through these, the air quality in the classroom is continuously checked. Pro. According to Katherine Noakes, ventilated classrooms reduce the risk of infection by up to 70%.

It is noteworthy that a mixture of two monoclonal antibodies will be given initially in Ronaprev hospitals to people who have not had an antibody response against the coronavirus. This treatment was used last year when Donald Trump had a coronavirus infection and was being given experimental drugs.

UK Health Minister Sajid Javid said, ‘We have started new treatment in UK hospitals for patients who are at high risk. Through this treatment, we will start saving the infected from next week itself.’ He told that this medicine will be given to those corona patients whose immunity is weak. In which even after suffering from infection or getting the corona vaccine, antibodies against the coronavirus are not made.

Massive fire broke out in Vapi’s paper mill, 20 vehicles of fire brigade on...

24/08/2020/9:41:pm
Chandigarh: Haryana Chief Minister Manohar Lala Khattar has been found infected with the Corona Virus. Whose information he himself tweeted. He wrote in his...

Sikh officer in US Navy allowed wearing turban while on duty