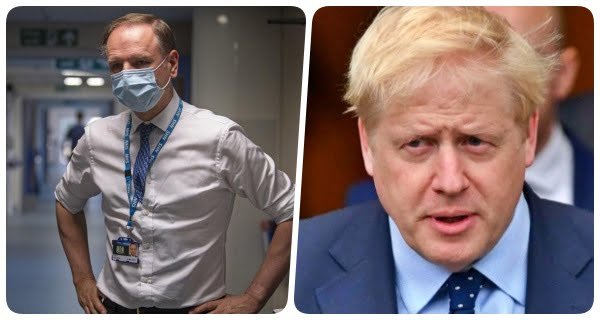 London: Due to the huge increase in Covid-19 cases in the UK, it has become difficult for Hospitals and the situation has reached such an extent that the country’s National Health Service The chief of the services) had to say on Tuesday that the nation was “in a state of crisis again.”

Most of the increase in cases of infections currently occurring in the country is due to the highly lethal new type of virus. According to the National Health Service (NHS) England, 20,426 patients were undergoing treatment in hospitals on Monday, while 18,974 patients were undergoing treatment when the disease reached its peak on 12 April this year.

Most of the increase in cases of infections currently occurring is due to a highly lethal new type of virus, which led to the implementation of a complete lockdown in the country earlier this month and many countries have started their flights to and from the UK. Banned.

The head of the NHS, Sir Simon Stevens, said that the nation is “in a state of crisis again.” “We are again in a state of crisis due to the second wave of Corona Virus in Europe, and also in this country,” he said during a visit to a vaccination center. Many of us have lost our family, friends, and colleagues – many are falling prey to anxiety, despair, and frustration. “

However, he hoped things would go well and said the situation would begin to change by the end of the spring of the new year with the vaccine supply.

26/08/2020
New Delhi: The Narcotics Control Bureau has registered an FIR on Wednesday on the drugs angle in the Sushant Singh Rajput case. NCB has...

22/09/2020
Mumbai: The 12th edition of the popular Q&A program "Kaun Banega Crorepati" (KBC) will start from 28 September. Amitabh Bachchan will conduct the program...

29/07/2020
New Delhi: The annual five-day Haj pilgrimage commences today in Saudi Arabia on a drastically reduced scale due to coronavirus pandemic globally. Only about...

02/10/2020
Johannesburg: South Africa (Rayana Edwards), who started a project to create fashion apparel that is internationally appreciated by recycling Saree to empower women. This...