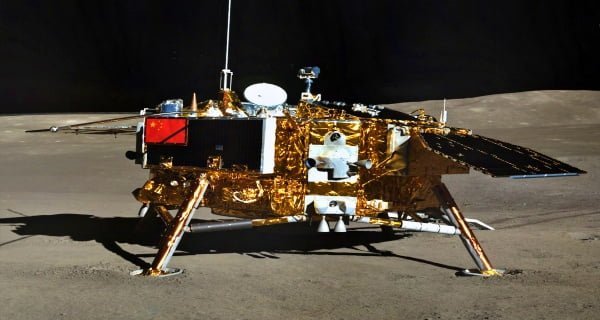 Beijing: The lander and rover of Chandrayan Cheng-4 of China have been put into a dormant state due to a lack of solar energy. This information has been given in a news report in the media on Saturday. The Cheng-4’s rover made history on January 3, 2019, when it landed in a remote part of the moon and was taken from a hitherto unexplored area of ​​the Earth’s satellite, according to reports from Xinhua, China’s official news agency. Pictures were sent to Earth.

According to the Chinese National Space Administration’s Moon Exploration and Space Program Center, the lander and rover, Yutu-2 (Jade Rabbit-2), were put into the suspended state as scheduled on Friday.

The news says, “Due to the lack of solar energy on the moon, it has been put into a dormant state during the night. There is one day on the Moon equal to 14 days of Earth and one night equal to the same duration. “

15/09/2020
Athens: Three immigrants died of a boat sinking near the island of Crete in South Greece, while 56 people were rescued. A Greek Coast...

TestingXperts Certified as A Great Place to Work

29/10/2020
London, United Kingdom & Pennsylvania, United States:  TestingXperts (Tx), a next-gen QA and DevOps company, is delighted to announce that it has been certified as a Great...

13/12/2020
Mumbai: Mumbai Police has arrested Vikas Khanchandani, CEO of Republic TV, in an alleged fake TRP case. So far 13 people have been arrested...