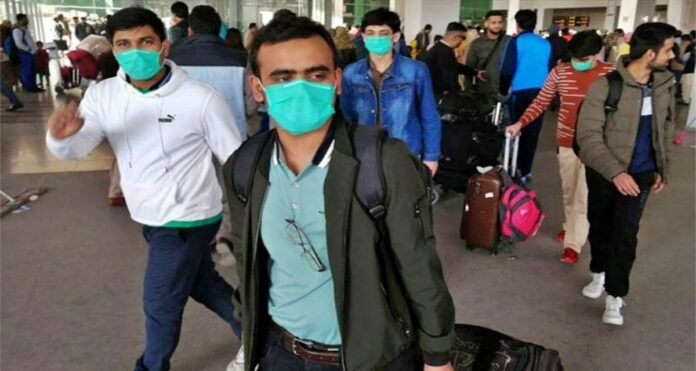 Beijing: Although China is a close friend of Pakistan, China is cleverly deceiving Pakistan. Actually, Pakistani students studying in Chinese universities and colleges have not yet been approved to return. Due to this, the career of about 11 thousand Pakistani students has reached the verge of destruction. Most of the Pakistani students returned to the country in January 2020 after the start of the Corona epidemic in China. They were to return to their colleges after 7 months in July. Now 2021 is also about to end, but the Chinese government has not taken any decision on it yet.

According to a report in Arab News, such Pakistani students appealed to the Imran Khan government and the Embassy of China, but to no avail. Even the Embassy of China did not respond to the e-mails of the students. The Foreign Ministry of Pakistan has blocked the social media accounts of these students only.

About 28 thousand Pakistani students in Chinese colleges
There are about 28 thousand Pakistani students in Chinese colleges. They were asked to return to China in July. China is no longer allowing about 11 thousand students to come to its educational institute. The troubled students are tired of visiting every minister in the Imran Khan government, the foreign ministry, and the Chinese embassy. They do not see any ray of hope.

Cheated like this
Pakistani students had to return to China, so they got the Chinese vaccine only. Also, submit all the necessary documents. RT-PCR test report was also given, but a visa was not issued to him to return. Now, these students and their parents are worried. Fees have been taken from these students in advance, their dreams seem to be ending with their degrees.

23/06/2021/9:42:pm
Technology company Xiaomi has launched a smartwatch keeping special attention for children, which can also follow the gestures of children. The company has named...

02/08/2020/10:10:am
Singapore: The chief priest of Singapore's oldest Hindu temple has been arrested on "criminal treachery" charges. police gave this information. A statement issued by...

Today is the last day of exemption in EMI: Loan Moratorium

31/08/2020/10:51:am
Mumbai: In order to provide relief to the common man in the difficult times of the corona epidemic and lockdown, a system of relaxation...