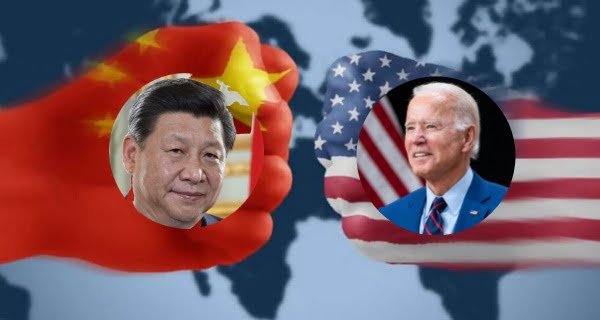 Beijing: Ahead of next week’s digital summit between Chinese President Xi Jinping and his US counterpart Joe Biden, China on Saturday called off support for “Taiwan’s independence” from Washington. said to. Chinese Foreign Ministry spokesperson Hua Chunying said on Saturday that Jinping would hold a digital meeting with Biden on Tuesday morning. He said that the two presidents will exchange views on China-US relations and issues of common concern.

Jinping and Biden have had two long phone conversations so far this year. Ahead of the Jinping and Biden meeting, Chinese Foreign Minister Wang Yi has said that China and the US need to ensure a successful digital summit between their two leaders and put bilateral relations on the right track.

‘Taiwan’s independence is a threat to the peace and stability of the region’
According to the news of the state-run news agency ‘Xinhua’, Wang made this remark in a phone conversation with US Secretary of State Antony Blinken on Saturday. On Taiwan, Wang said history and reality have proved that “Taiwanese independence” is the biggest threat to peace and stability in the region.

He said any support for “Taiwan’s independence” would harm regional peace and ultimately harm itself. He urged the US to clearly state its opposition to “Taiwan independence”.

State media here quoted Blinken as saying that both sides are fully prepared for the summit and will be watched by the world. White House Press Secretary Jen Psaki said on Friday that President Biden would discuss with President Jinping how to responsibly manage the competition between the US and China.

16 years after Aitraaz, Priyanka Chopra made a big revelation, saying- I was new...

13/11/2020/10:17:am
Mumbai: Bollywood actress Priyanka Chopra has played more than one iconic role in Bollywood. Along with the lead actress in the film, Priyanka has...

After Virus Upsurge, Chinese City of Guangzhou Locks Down Neighbourhood

29/05/2021/6:30:pm
Beijing: The southern Chinese city of Guangzhou shut down a neighborhood and ordered residents to stay home Saturday to be tested for the coronavirus...

America: After TikTok, threat of ban on Alibaba now