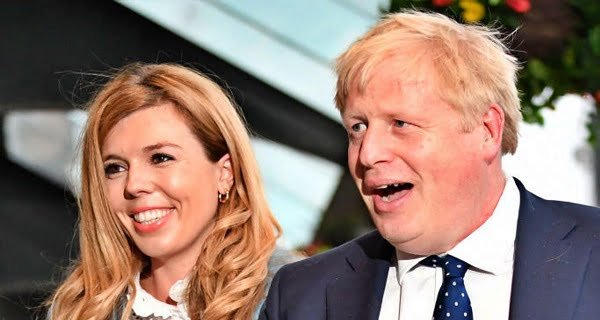 London: British Prime Minister Boris Johnson is secretly married to his fiancée Carrie Symonds. Carrie Symonds is 23 years younger than Boris Johnson. It was earlier reported that he will marry on 30 July 2022. But according to media reports, they got married in a secret ceremony.

Boris Johnson and Carrie Symonds were engaged in 2019 but the latter could not get married in 2020 due to a coronavirus infection and this year also a lockdown of several months in England due to the coronavirus, which led to both The wedding was postponed. Then came the report that the two would marry on July 30 next year. Now it has been revealed that Boris Johnson and Carrie Symonds got married in a secret ceremony.
In February 2020 last year, Carrie Symonds revealed that the two had engaged and were soon to get married.

The age gap between British Prime Minister Boris Johnson and his girlfriend Carrie Symonds is 23 years and the two have been living together in Downing Street since 2019 after becoming Prime Minister. The two also had a son, Wilfred Laurie Nicholas Johnson, last year.

09/04/2021/9:48:pm
Washington: US President Joe Biden announced a series of official actions to tackle the problem of gun violence in the US by organizing a...