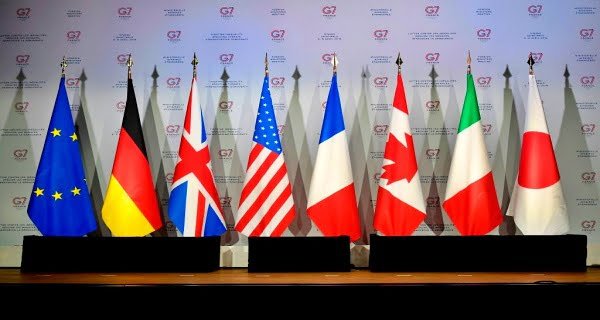 London: India is among the guest countries invited to host the G-7 Foreign and Development Ministers’ meeting to be held next month in the UK. The Foreign, Commonwealth, and Development Office (FCDO) gave this information on Tuesday. The meeting in London will be attended by the Group of Seven (G-7) countries – Canada, France, Germany, Italy, Japan, the US, and the UK as well as the European Union (EU) Foreign Ministers. It is being said that this meeting will be held between May 3 to 5, among the security measures related to Kovid during the meeting.

There is a possibility that Foreign Minister S Jaishankar will be included in some parts of the summit. The FCDO said that the Foreign Minister has also invited the President and Secretary-General of India, Australia, Republic of Korea, South Africa and ASEAN to attend parts of the Group of Foreign and Development Ministers’ meeting this year. .

Britain’s Foreign Minister Dominic Raab confirmed plans for the meeting in Parliament on Tuesday and said the event would be a chance for the world’s largest democracies to come together.

30/09/2020
New Delhi:  Although India saw a steep drop in reported cases of rape in the first month of the nationwide lockdown earlier this year, the...

01/11/2020
Taipei, Taiwan:  Three years after its foundation in 2017, the Taiwan Cultural Memory Bank launched its official website on Taiwan Culture Day, the 17th of...

27/09/2020
Beijing: In a coal mine in southwestern China, 16 people died on Sunday due to excessive levels of carbon monoxide. Officers and media gave...