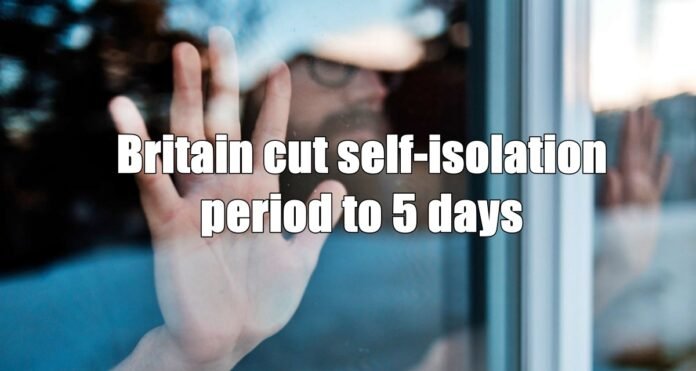 If they have negative lateral flow tests on day five and on the morning of day six, they will be allowed to leave their homes, said Javid.

Javid added the move should “maximize activity in the economy.” Allowing people to return to work earlier, it will help address staff shortages, the British newspaper The Guardian reported.

Modelling by the UK Health Security Agency (UKHSA) based on data before the Omicron rise showed more than 30 percent of cases remain infectious on the fifth day.

07/10/2020/10:46:am
Washington: Former first lady Michelle Obama, the wife of former US President Barack Obama, on Tuesday accused her of being a "racist" while making...

Attack on military airport with presence of US forces, 10 rockets fired

03/03/2021/4:25:pm
Baghdad: At least 10 rockets were fired on Wednesday, targeting a military airport in western Iraq with the presence of US-led coalition forces. Coalition...

16/05/2021/7:55:pm
London: The British government has once again refused to disclose the diaries and letters of the last Viceroy of India, Lord Mountbatten, and his...