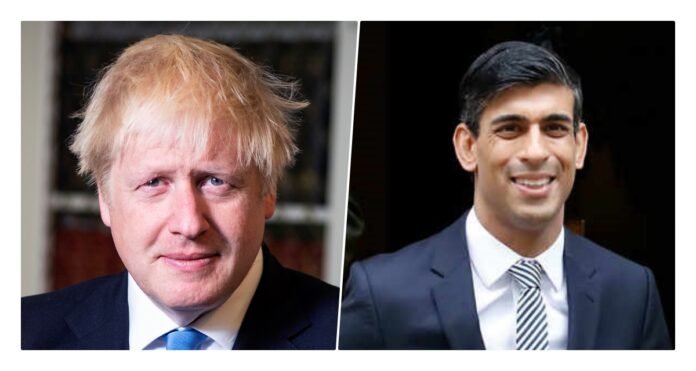 London: The difficulties of British Prime Minister Boris Johnson are increasing. In the year 2020, due to the lockdown imposed during the Corona epidemic, the pressure of resignation (Who Could Replace UK PM Boris Johnso) is increasing on him for partying in the Garden of Downing Street. The opposition is demanding Johnson to step down as prime minister. Meanwhile, a leading UK speculative company ‘Betfair’ has claimed that the troubled Boris Johnson will soon resign from the post of Prime Minister. After this, Indian-origin Finance Minister Rishi Sunak can take his place.

Betfair has said that 57-year-old Johnson has been accused of resigning not only on behalf of opposition parties but also on behalf of his own party in the wake of revelations about a drinking party held at the Prime Minister’s Office Downing Street during the Covid-19 lockdown in May 2020. The pressure is increasing. Sam Rossbottom of ‘Betfair’ told ‘Wales Online’ that Rishi Sunak is most likely to become Prime Minister in the event of Johnson’s withdrawal. This is followed by Liz Truss (Foreign Minister) and then Michael Gove (Cabinet Minister). However, the race also includes former Foreign Minister Jeremy Hunt, Indian-origin Home Minister Priti Patel, Health Minister Sajid Javid, and Cabinet Minister Oliver Dowden.

What’s the matter?
Several people were reportedly mailed to the party by Martin Reynolds, Johnson’s principal private secretary. However, at that time there was a ban on organizing public functions to prevent the spread of Covid-19 in the country. Johnson has now regretted the matter and admitted for the first time that he had attended the feast. Johnson said he thought the event was within the scope of his work-related events.

Boris johnson apologized
Johnson has been criticized by members of the opposition Labor Party as well as his own Conservative Party after an emailed invitation to the party to be held in the Garden of 10 Downing Street, the prime minister’s official residence, appeared in the media. There is a lot of pressure. Expressing regret in this matter, he admitted for the first time that he had joined the party. Johnson said he thought the event was within the scope of his work-related events.

In his statement in the House of Commons, the lower house of parliament, ahead of the Prime Minister’s weekly question session, Johnson said, ‘I want to apologize. I know that lakhs of people in this country have made extraordinary sacrifices in the last 18 months. I know what they feel about me and the government headed by me. When they think that the people who make the rules are not following the rules properly in Downing Street. I cannot predict the outcome of the current investigation, but I understand very well that we did not take certain things right and I should take responsibility.

TikTok will be back in India soon! Know by what name is it preparing...

Oxford scientist’s revelations on Omicron shocked, said – this is not disease which was...

31/12/2021/10:06:am
London: A British scientist and a professor at Oxford University has made a big disclosure about the new variant Omicron variant of the coronavirus,...