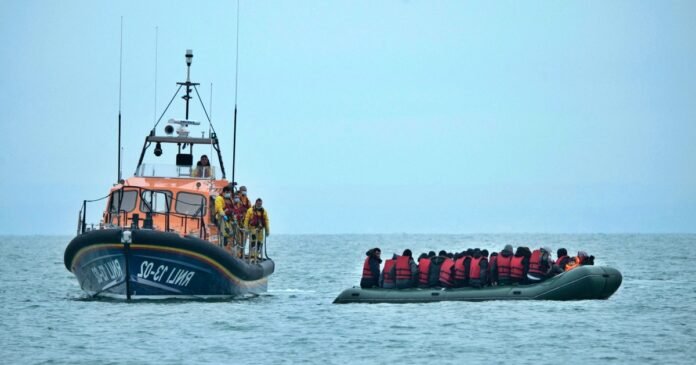 Paris: At least 31 UK-bound migrants were killed when a ferry sank in the English Channel on Wednesday. The French Interior Minister has called it the biggest tragedy of the migrants. Interior Minister Gerald Darmanin said 34 people were believed to be on the boat, of whom 31 bodies were found and two were found alive. One person is still missing.

As of Wednesday evening, joint French and British rescuers were searching for survivors. It was not stated which country the passengers were citizens of.

The Prime Minister of Britain has called a meeting of the government’s disaster committee and the French Interior Minister visited the survivors of the accident at the hospital in Calle. French interior minister said four suspected human traffickers were arrested on Wednesday in connection with the incident.

The disaster caused the highest death toll since at least 2018 when migrants began using boats en masse to cross the Channel. It comes as tensions grow between London and Paris over the record numbers of people crossing.

Prosecutors opened a manslaughter probe after the boat sank off the northern port city of Calais. Interior Minister Gerald Darmanin said four suspected traffickers accused of being directly linked to the doomed crossing in a long inflatable boat had been arrested.

Darmanin told reporters in Calais that only two survivors had been found and both of their lives were in danger. He said five women and one little girl were among those who died, while Calais mayor Natacha Bouchart said a pregnant woman was also one of the victims.

The nationality of the migrants was not immediately clear. An initial toll said 31 migrants had died but the interior ministry later revised this down to 27.

Now the Afganistan will starve! Conflict pushed it to destruction

19/08/2021/8:43:pm
United Nations: The head of the United Nations Food Agency in Afghanistan has said that after the Taliban occupation in the country, there is...

11/02/2021/9:23:pm
Berlin: The United Nations' Nuclear Monitoring Agency reported on Wednesday that their inspectors have confirmed Iran's production of uranium metal, another violation of the...

iApply Analyzes the Impact of COVID-19 on International Students

28/08/2020/10:52:am
Chandigarh: Studying abroad is one of the most rewarding decisions that students make in their lives. It is an experience that benefits them, way...

PM Modi launched this challenge after ban on 59 Chinese apps, will get cash...