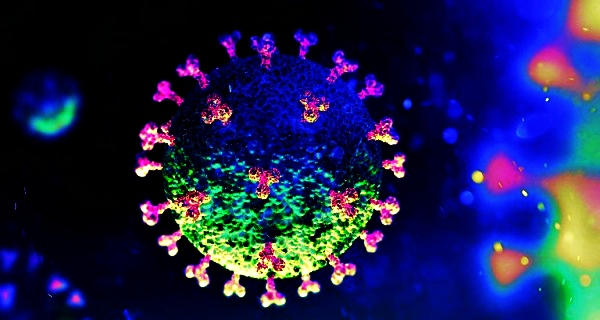 Oregon: Every day new concerns about Coronavirus are coming out. Recently, a new type of virus found in Britain in Oregon has been found which is even more dangerous. The special thing is that this variant has been combined with a new mutation (Virus Mutation), due to which the effect of the vaccine (Covid-19 Vaccine) is less likely. However, experts have asked people to be more cautious and follow basic precautions regarding coronavirus.

Researchers have so far found only one case with such combinations, but genetic analysis suggests that these variants have spread across communities. It is not prepared in any one person. Brian O’Rock of Origon Health and Science University explains, “We have not been brought from other parts of this world, but it has suddenly come to the fore.” Rock and his partners are involved in tracking variants with the Centers for Disease Control and Prevention. They have shared the database with the scientists after the discovery.

B.1.1.7 found in Britain is spreading rapidly in America. This type of virus is actually more contagious. It is estimated that in the coming weeks, due to these new variants, the highest number of cases will be found in America. The new variant found in Origon also includes a mutation (E484K or Eek) with a similar thing. These mutations have been seen in the virus spreading in South Africa, Brazil, and New York City.

Clinical trials in South Africa have shown that Eek mutations make the existing vaccine less effective by damaging the immune response. (The vaccine will still work, but research findings have raised concerns and Pfizer-BioNotech and Moderna have begun testing new versions of the vaccine). Scientists were considering the B.1.1.7 variant with Eek as revealed in Brittain as ’cause for concern’. Doctor Roque says that it seems that the virus found in Oregon has developed independently.

Experts say that this discovery is not surprising, because Eek mutations have been seen in all viruses worldwide. But the mutation that happened with B.1.1.7 is worth watching. Due to this new variant of the virus in Britain, fewer cases were reported, but as soon as the combination was ready, B.1.1.7 had spread across the country. Experts have told people not to panic.

17/11/2020
Washington: The Pentagon has taken the first step to develop a system to defend the country from the attack of intercontinental ballistic missiles (ICBM)....

25/07/2020
New Delhi: A study conducted by the All India Institute of Medical Sciences (AIIMS) has now shown that fever was never a major symptom...

03/02/2021
Yangon: A day after the military took over power in Myanmar following a coup in Myanmar, hundreds of Members of Parliament were placed under...