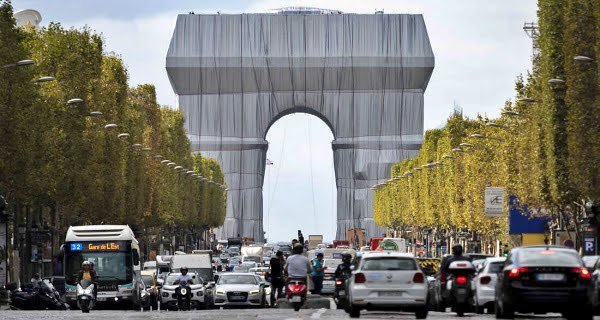 Paris: The Arc de Triomphe Monument, a monumental artwork built around a real monument in the French city of Paris, completely draped in silver and blue, is being unveiled. It was produced by the late artist duo Christo and Jeanne-Claude.

He conceived this artwork in 1961. The memorial was opened to the general public on Saturday. It can be seen three days a week. French Culture Minister Rosaline Bachelet called it a wonderful gift for Paris and French and art lovers.

15/10/2020/9:22:pm
Washington: World Bank President David Malpas has said that the world is suffering from the deepest recession since the Great Depression of the 1930s...

Good news for those shopping online, these new rules will apply in the country...

24/06/2020/1:22:pm
Mumbai: Famous choreographer Saroj Khan has bad news for her fans. Actually, Saroj Khan is admitted to the hospital in Mumbai. Saroj Khan was...